When Mr. Wesley Gralapp celebrated his 25th anniversary as a member of Neblett, Beard, & Arsenault, he reached a significant milestone: $100 million in client settlements. But in asking him to define success, Wesley says it has very little to do with money. Instead, he believes his success has 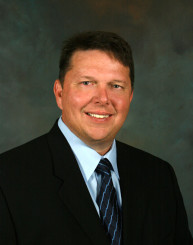 been built on three things: treating each client as an individual, his level of compassion, and his commitment to never give up until he reaches a resolution that provides fair and reasonable compensation for his clients.

Growing up, Wesley saw first-hand how people were mistreated and those who had no access to lawyers. He believes this influences the way he works today. Wesley says, “I try to make sure that people without the educational background or financial means have access to courts and the justice system. At NBA, we have our contingency fee built in, and people can come to us for free.”

Wesley goes on to say, “Even if a client’s problem doesn’t have a solution through the judicial system, I try to direct him to the right place. If we only have a 10-minute phone call, I want that client to take away something to make his life better. It might be providing a phone number or some simple advice, but I know that every issue has a path to a solution.”

Courageous and unrelenting are two words Wesley uses to describe his work at the law firm. “We don’t back down to anyone. And I believe one of my strengths is the ability to articulate to a judge or jury how a client has been wronged and should be compensated. We fight hard.” He goes on to say, “Maybe the best word to describe us is ‘tireless.’”

This unrelenting approach was demonstrated in Wesley’s first case at Neblett, Beard & Arsenault—one that involved a seven-month-old girl who was paralyzed from the neck down after a car accident. “This was a difficult and complicated case and a little like David vs. Goliath,” Wesley says. “We faced the state of Louisiana and other state entities over the placement of stop signs and stop-ahead signs. We were dealing with significant laws that protected defendants.”

Wesley notes that they first lost a motion for summary judgment before winning on appeal in the Louisiana Second Circuit Court. “We fought tooth and nail, up and down the appeals level, and it took seven years to get a settlement. But we never gave up. We knew the future of that child and her quality of life depended on the results of the case. We knew we had to come through.” Wesley goes on to reflect on the outcome of the case. “That girl is 23 now, and the settlement compensation allowed her family to provide the necessary home furnishings and equipment for her disability, including a wheelchair designed in a standing position that was hugely important for this woman’s self-esteem.”

Wesley realizes that most clients can’t move forward or get closure until they receive settlement money. Many are faced with a sudden, traumatic, life-altering situation, and without financial compensation, it’s hard for them to make an emotional recovery. So, he knows that getting his clients a fast, fair settlement matters. “Just recently, we had a case where our client was burned over 65 percent of his body, would never be able to hold a job, and had three young kids at home. We resolved his case, so that he would be financially secure, and money was set aside for the children. It’s rewarding to know they’ll have the resources they need later on and have a better chance than what life presented to them.”

At the end of the day, Wesley understands that no one wants to hire a lawyer, and no one wants to be in a situation that requires a lawyer. So, he believes it’s all about taking a personal interest. “I try to be with my clients at every step. If they need doctors, transportation to get to appointments, or someone to listen, I assist them. The most important thing is to understand what’s bothering your client and what injuries are affecting them and find solutions.”

Following advice given to him by his grandfather, a colonel in the Army, Wesley says, “He told me never to make promises you can’t keep. And I never do that. So when I tell you I will help, you know that I’m going to keep my word.” Wesley says he takes calls 24/7, and not a moment goes by that he’s not trying to help a client in some way. “Certainly, there’s reward in settling a client’s case, and money is necessary for them. But for me, money isn’t the most important thing. I’ve cried with these clients, been to the hospital with them, and sometimes buried loved ones with them. Seeing relief and closure in their faces, that’s what counts. Knowing I’ve helped over 3,000 people is the most important thing to me.”