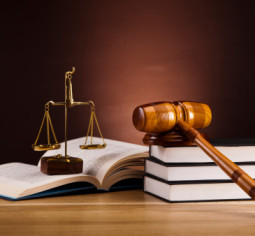 After six days of deliberations, a Dallas jury reached a $502 million dollar verdict against Johnson & Johnson and DePuy. The verdict comes at the end of an 11-week Bellwether trial before Judge Ed Kinkeade in the U.S. District Court for the Northern District of Texas. This was in connection with multidistrict litigation (MDL) over a defective medical device, Pinnacle hip prosthetics, where over 9,000 cases are pending. The $502 million verdict included $366 million in punitive damages.

“After years of hard fought discovery, we are pleased to see justice has prevailed. The jury has spoken loud and clear; putting profits over safety must stop,” said Richard Arsenault, Plaintiff trial team and executive committee member.

The prosthetics were manufactured by Johnson & Johnson’s DePuy Orthopaedics Inc. unit. The claims of five plaintiffs were consolidated and all five plaintiffs underwent hip arthroplasty, where a hip joint is replaced with a prosthetic. “34 witnesses testified during the trial including experts from a wide variety of disciplines and over 1,100 exhibits were admitted into evidence,” Arsenault explained. The plaintiffs were all Texas residents and they all were implanted with DePuy’s Pinnacle Acetabular Cup System hip implant.

According to Judge Kinkeade’s ruling on January 8, 2016, the five plaintiffs’ claims had enough in common to warrant consolidation.

“Now we turn our attention to the thousands of other victims who have cases filed and look forward to trying those in multi-plaintiff groups,” Arsenault noted.