Attorney
Connect with me

For over 25 years, Richard has had Martindale Hubbell’s highest rating.  Through a multi-phase selection process, the National Academy of Personal Injury Attorneys has chosen Richard to receive the organization’s Top 10 Attorney Award for the State of Louisiana. He likewise is recognized by many other peer-reviewed publications including the “Bar Register of Preeminent Lawyers,” “Best of United States,” “SuperLawyers” and the “Best Lawyers in America.”

Richard’s commitment to legal excellence is reflected in years of serving as a faculty member for LSU’s Trial Advocacy Program, lecturing at Judicial Colleges, publishing law review articles, and assuming leadership roles in both local and national Bar Associations. Through an appointment by the President of the Louisiana Bar Association, Arsenault joined the Professional Assessment Committee composed of a distinguished panel including Federal and State Court Judges along with members of the Bar. He also coordinates an annual tort law presentation by several United States District Judges and the former Dean of the University of Tennessee College of Law, Thomas C. Galligan, Jr. Recently, Richard was appointed by the Louisiana Supreme Court to serve on the Rules of Professional Conduct Class Action Committee. He is also the Founding Board Director of the National Board of Complex Litigation Lawyers, a division of the National Board of Trial Advocacy. 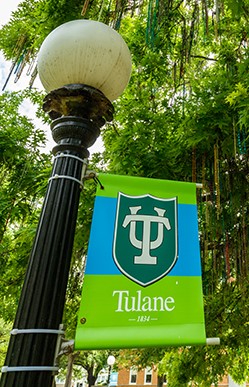 Richard was a Guest Lecturer at Tulane Law School in New Orleans, Louisiana on April 12, 2018. He lectured in connection with a course called “Cause Lawyering,” which is an exploration of how lawyers in different fields use the law to effect change or promote justice.