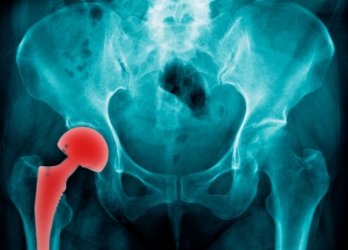 After a two-month trial against Johnson & Johnson and its DePuy Orthopaedics, Inc. unit, it took jurors less than one day to issue a more than $1 billion verdict in favor of six plaintiffs who were hurt by Pinnacle hip implants. Each of the six plaintiffs required revision surgery after the metal-on-metal Pinnacle Ultamet hip implant caused dangerous complications including tissue death and bone erosion.

Why the Jury Found Against Johnson & Johnson and DePuy Orthopaedics

Accordingly, the companies were held accountable for seven causes of action, including:

Johnson & Johnson was also found to have aided and abetted DePuy on each of these seven causes of action and was found liable for conspiracy on each cause of action except for negligent design defect.

What the $1 Billion Verdict Includes

The verdict will make a significant difference for the people who were hurt by their Pinnacle hip implants. The jury’s $1.04 billion verdict included:

Throughout the case, attorneys for Johnson & Johnson and DePuy fought against the plaintiffs’ claims and tried to protect the large pharmaceutical companies from having to pay for the injuries suffered by the people who were hurt. The companies, through their lawyers, have already stated their intent to appeal this decision.

This is not the first time that Neblett, Beard & Arsenault has represented patients who have been hurt by Pinnacle hip implants. In a previous bellwether case against Johnson & Johnson and DePuy, our firm was part of the legal team that represented five plaintiffs hurt by Pinnacle hip implants. The jury in that case awarded the plaintiffs $502 million.

Neblett, Beard & Arsenault has been at the center of the Pinnacle hip replacement litigation since the multidistrict litigation (MDL) was formed in late 2011. Our lawyers work on behalf of the approximately 8,800 plaintiffs involved in the MDL, and we directly represent more than 200 plaintiffs, including three who recovered damages in this case.

This Was Not the First Case, and It’s Unlikely to Be the Last

A hip replacement is a big decision, and one that each patient expects to improve the quality of his or her life. When that doesn’t happen—when the very hip implant device that was supposed to improve your life instead makes you sick—it can be terrifying.

Fighting for a fair recovery from a medical device giant like Johnson & Johnson can be intimidating; but now is not the time to give up. Instead, we encourage you to contact Neblett, Beard & Arsenault. Learn more about your rights and about whether you may have a potential claim against the pharmaceutical company. If you do have a claim then our lawyers will help you fight for the fair and full recovery that you deserve.