How common is drugged driving?

Drugged driving poses a growing threat to drivers everywhere. The continued opioid epidemic, combined with the expansion of legislation allowing medical and/or recreational marijuana use, has led to large numbers of impaired drivers getting behind the wheel. One study conducted by the Governors Highway Safety Association found a 28% increase in drugged driving from 2006 to 2016. 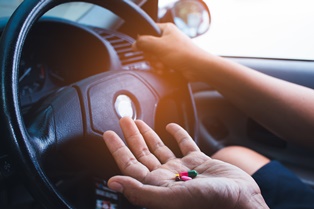 How Drug Use Leads to Auto Accidents

Some signs that a driver may be impaired include swerving, weaving, drifting off the road, driving without headlights, stopping without warning, and ignoring traffic signs or lights. However, it’s not always easy to realize that a driver is under the influence of drugs until an accident has occurred.

Louisiana law makes it illegal to drive a vehicle under the influence of any controlled substance. There is an implied consent law stating that any driver should be presumed to have given consent to a chemical test or tests of blood, breath, urine, or other bodily substance for the purpose of determining intoxication or the presence of illegal drugs when the test is requested by a law enforcement officer.

Drugged driving is a misdemeanor for the first and second offense and a felony for the third, fourth, and subsequent offenses. Mandatory minimum jail sentences apply if there is a child under 12 in the vehicle at the time of the driver’s arrest.

Protecting Your Rights After an Accident

If you’ve been injured in an accident that you believe was caused by an impaired driver, you’re entitled to compensation for medical expenses, lost wages, property damage, and pain and suffering. Law enforcement reports, witness testimony, and photos or video of the accident scene can all be used to support a claim that the driver was under the influence at the time of the accident. However, since valuable evidence becomes harder to locate as time passes, it’s important to act quickly to protect your legal rights.