In the legal community, when people talk about bringing out the “big guns” for mass tort cases, they’re talking about Richard J. Arsenault, managing partner of the Louisiana personal injury law firm Neblett, Beard & Arsenault. Arsenault focuses on mass tort cases, traveling the country to represent everyday folks in battles against international giants such as Johnson & Johnson, DePuy, Eli Lilly, and Takeda. The New York Times has described him as a “big player” in the legal community, and Wall Street Journal refers to him as having “national notoriety” in the mass tort arena.

Arsenault’s passion for protecting injured people in mass tort cases has set a tone for his firm, which regularly represents individuals in personal injury cases throughout Louisiana, Texas, Mississippi, and Arkansas. Although he and his colleagues at Neblett, Beard & Arsenault often team up with lawyers from other firms to manage massive national cases, they also provide individual attention to clients who need strong representation on local personal injury cases.

“Our firm’s dual focus on mass torts and individual personal injury cases makes us stronger in both areas,” Arsenault explains. “Our extensive experience in these two arenas is really complementary, and the skills our legal team has developed in handling both types of cases are invaluable to our clients.”

TOP-NOTCH LEADERSHIP IN THE FIELD AND IN THE FIRM

Arsenault’s leadership in the mass tort field brings a wealth of knowledge to the firm as a whole, and many of the firm’s personal injury attorneys have sharpened their skills alongside Arsenault in mass tort cases. In turn, the experience gleaned from working on mass tort cases gives the firm’s attorneys unique insights on their individual personal injury cases. After all, mass tort cases, by nature are a macrocosm of individual cases. Arsenault notes, “While mass tort litigation presents complexity on a variety of levels, it always provides an opportunity for creative thinking and demands cutting-edge trial techniques which are often transferable to one-on-one litigation.”

But Arsenault doesn’t keep his mass tort knowledge bottled up in his firm. The managing partner’s commitment to legal excellence shines through his work as a faculty member for LSU’s Trial Advocacy Program, as a lecturer at Judicial Colleges, and in leadership roles in both local and national Bar associations. 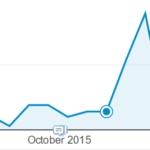 The traffic to Mr. Arsenault’s bio page will jump significantly after a press release.

Neblett, Beard & Arsenault’s national reputation as a mass tort firm has garnered significant media attention from news outlets such as Businessweek, The New York Times, Wall Street Journal, USA Today, and Forbes. Arsenault and the firm have secured billions of dollars in mass tort settlements and verdicts against brands with household names, in turn building the firm’s own brand as a defender of justice for injured people nationwide.

For example, among the firm’s and Arsenault’s recent mass tort settlements and verdicts include:

The list of settlements and verdicts goes on and on, as does the list of injured people the firm has helped over the last four decades.

Even as Arsenault and his colleagues continue to receive national attention for their success in mass tort litigation, Neblett, Beard & Arsenault continues to focus on its roots as a Louisiana personal injury law firm.

As Arsenault explains: “We started our firm with the goal of helping Louisiana residents injured in accidents, and that hasn’t changed. But with our firm’s extensive experience and success on the mass tort national stage, we’ve been able to assist exponentially more folks get the justice they deserve.”