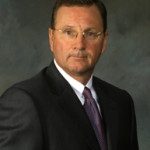 Attorney Richard J. Arsenault, senior partner of Alexandria, LA-based Neblett, Beard & Arsenault, has been selected to serve as co-lead counsel for plaintiffs in emerging class action litigation against the makers of Kaba Simplex Keyless locks. The following is an article which ran in the New York Times on March 27th. The article discusses current litigation concerning Kaba Simplex Keyless Locks and the fact that they can be bypassed with a small, easily accessible magnet.

Yeshai M. Kutoff was house-proud, having bought a home in Cleveland Heights, Ohio, for his family of five. And as an Orthodox Jew, he bought push-button locks for the doors — an accommodation for the Sabbath, when many of the devout do not carry keys.

When a neighbor told him that the locks he had bought could be opened by a powerful magnet costing about $30, Mr. Kutoff was perturbed. “It does bother me that other people could easily figure it out,” he said. Mr. Kutoff did not buy a magnet to see for himself. “It doesn’t interest me to know how to break into my own lock,” he said.

And now, in a federal courthouse in Ohio, 11 lawsuits have been consolidated into one against Kaba, a lock industry leader whose Simplex push-button locks are used by hospitals, airports, casinos, banks, the Department of Defense and police departments.

The company markets the locks as part of their “strong, powerful security solutions” and calls the push-button locks vandal resistant; the plaintiffs’ lawyers say otherwise. In fact, they accuse Kaba of deceptive trade practices, common-law fraud, negligence and product liability.

They say the locks, which can cost less than $200 or more than $1,000, depending on the model, are defective by design. And they are demanding that the company replace the locks, pay compensatory damages and even turn over all profits made from the locks over the years.

Plaintiffs’ briefs suggest that the class includes “hundreds of thousands of persons and entities,” and the case already involves some big players in the legal community, including Richard J. Arsenault and Daniel E. Becnel Jr. of Louisiana and Mark J. Geragos of Los Angeles.

Mr. Arsenault, the co-lead counsel for plaintiffs in the litigation, called the locks insecure and said the problem was a “slow-motion disaster.”

Mark P. Miller, a lawyer for Kaba, has argued in court that the plaintiffs’ lawyers were “fear-mongering,” and he ridiculed the lawsuits as “another Happy Meals case” — a reference to a much-belittled class-action suit filed in California in December that accuses McDonald’s of using toys to lure children into unhealthy eating habits.

In court filings, Kaba argued that it had “never advertised or warranted in any way that any of its access control products are impenetrable.” Locksmiths learn techniques to defeat all kinds of locks, and “thieves and others who want to defeat locks can obtain the same tools and learn the same techniques locksmiths use,” the filings said. “Indeed, any thief — even the most clumsy — can use a sledgehammer, a pry bar or bolt cutter to bypass essentially any lock.”

In a statement, Mr. Miller added that the company had “never received any confirmed report of a break-in” because of a magnetic bypass, and that it heard about the potential for magnetic mischief only in August 2010. Kaba is preparing a free kit to modify the locks and make them magnet-proof, he said.

In an earlier hearing in the case, Mr. Miller argued that beating a push-button lock was not as simple or easy as the plaintiffs claimed. “My own personal research shows that it takes a magnet the size of a bagel to get the locks open,” he said. In fact, the magnet required is only a couple of inches square, and a video shows the magnet alongside a bagel for comparison.

Mr. Miller also argued in court that the magnet was unwieldy and too powerful for most people to use. “It’s a big, heavy thing that if you have it in your pocket, and you happen to walk by something that’s made out of metal, you will get stuck to it and have to call 911 to get your pants somehow removed to save yourself,” he said.

This month, lawyers for the plaintiffs showed a video in court as an informal briefing for the judge that countered some of Mr. Miller’s contentions. The video shows someone sliding a magnet against a lock and removing it with one hand. The magnet pulls a locking plate away from the mechanism, allowing the door handle or knob to turn freely. Once the magnet has been removed, the narrator says, the plate slides back into place, and there is no evidence that the mechanism has been bypassed.

To Mr. Arsenault, Kaba’s argument that no one has been harmed by the locks is a weak one. He said that “there’s no way to know that,” and that even if no one has yet been harmed, “it’s obviously irresponsible to wait for criminal activity to occur before warning the public and taking immediate corrective action.”

As for the company’s proposed fix, he said, “the devil is in the details.”

And while many might look askance at a lawsuit over locks, this is not the first. Kryptonite, the maker of distinctive U-shaped bicycle locks, settled a class-action lawsuit in 2004 when it was revealed that its cylindrical locks could be defeated with the barrel of a Bic pen. The company redesigned the locks and offered customers exchanges or vouchers.

Marc Weber Tobias, an expert on locks and security who is not working for the lawyers in the Kaba case at this time but has met with them, said, “This is a serious deal and affects lots of agencies.”

He wrote about the locks in his blog for Forbes.com after sending an alert to law enforcement agencies, security professionals and locksmiths. “This is a very significant issue, because they are playing a game of jeopardy with the protection of property and lives,” he said.

Mr. Tobias acknowledged that brute force could defeat any lock. But he said: “Nobody is concerned about someone walking into an airport or bank or credit card facility with a sledgehammer or crowbar. They are concerned, however, about an unauthorized individual or criminal bypassing the security of a facility in two seconds, covertly, with a magnet.”

Meanwhile, Mr. Kutoff said he would simply like to get his locks exchanged for something safer. “It’s something that everybody wants to do — put a good lock on your house,” he said.