personal injuries at large events your legal right to be protected 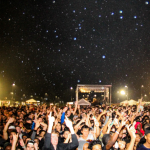 Here in Louisiana, we know how to host big events. It may be at a Saints game, a concert, or a Mardi Gras festival. Don’t forget about our college football and other large sporting events that we love to attend. When we attend those big events, we’re certainly looking to enjoy ourselves with the crowd, but we also have the reasonable expectation that we will be safe there. We trust the organization holding the event because of the licenses they hold from the local government and with the understanding that a lack of protection can result in a lower attendance in the future, killing profits. Organizations do have a responsibility to protect and provide the safety for the event participants. When they neglect that responsibility, victims of injuries may have grounds to bring legal action, and the event organizers should be held responsible.

Ways People Can Get Injured at Large Events

Wherever there are crowds, there is a certain level of danger. Event organizers must take precautions to protect attendees. In some cases, tents, stages, and ramps are improperly installed. Attendees can be hurt by this equipment collapsing, or by a platform breaking under their feet. This can lead to broken bones, head injuries or other disasters which can have lifelong consequences.

Sometimes, people may even be injured by other event attendees, which may occur due to insufficient security presence or poor crowd control. Overcrowding can even lead to trampling and suffocation. Organizations should foresee reasonable potential risks and plan accordingly. A famous historical story was at the Pearl Jam concert back in the year 2000 in Denmark where the moshing ended up killing nine and injuring many others.

The Importance of Lighting at Events

Many popular events take place at night, so good lighting is vital. If attendees cannot see where they are walking, they risk tripping or colliding with obstacles. Dark stairways are especially treacherous. The problem is exacerbated by the large number of people, as individuals could be pushed off higher elevations at the venue without warning. Insufficient lighting also increases the risks of overcrowding or even violence, as people may be unable to find their way out of dangerously tight spots. Fights are more likely to break out under the cover of darkness. Good lighting is a simple way to increase everyone’s level of safety, and organizations who fail to provide it may in some cases be considered liable for personal injuries sustained at an event.

Unfortunately, we have a long history of public event injuries. Some sports spectators have tried to sue teams for injuries sustained by flying balls, bats and pucks. Most teams have an enter-at-your-own-risk policy and have thus avoided liability. Most sporting events will constantly warn fans to pay attention and will remind them that objects will be flying at high speeds. They do this not only to protect the fans but to protect them legally.

In 1998, Jane Costa sued the Boston Red Sox after she was hit by a 90 mph foul ball. Her case was unsuccessful, but legal experts believe that the trend may be shifting, and that sports teams may be increasingly expected to shoulder more responsibility for the protection of fans. After all, fans cannot possibly be constantly vigilant for flying equipment, nor can they prevent crowd-related injuries the way the supervising organization can.

In 2014, a jury awarded $18 million dollars to Brian Stow, a Giants fan who was brutally beaten at Dodgers baseball game in 2011. Even though the assailants were identified and charged, the Dodgers shared a portion of the liability. They were deemed to have provided inadequate security, which led to unsafe conditions. Stow’s attorneys showed that his assailants should have been thrown out long before the attack occurred, that the security force was understaffed and underprepared, and that poor lighting made rowdy fans more likely to start fights. Stow was not in any way to blame for the attack he suffered. 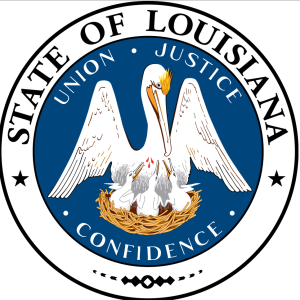 The organizations that host the events around our beautiful state of Louisiana do hold a reasonable responsibility to protect their audience. It’s apart of the risk of their industry.

Have You Suffered A Personal Injury Due To Negligence Of Others?

If you’ve been injured you need to speak with an experienced personal injury attorney as soon as possible. Please contact us online or call our Alexandria office directly at 318.541.8188 to schedule your free consultation.