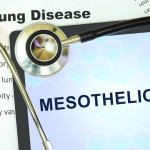 Anywhere that mesothelioma exists, it is a problem.

Mesothelioma is a type of cancer that attacks the mesothelium, the lining that protects the internal organs, and it can be prevented by taking precautions when working with asbestos and limiting one’s exposure to the material, especially in its powder form. However, many of the individuals who now suffer from mesothelioma were exposed to asbestos in their workplaces before the dangers of asbestos were widely discussed. In some cases, individuals were exposed to asbestos because their employers ignored the risk it brings due to the high costs of eliminating that risk.

There are certain areas of the country where mesothelioma is more prevalent than others. This can be attributed to multiple factors, such as the industries in these areas and the prevalence of older buildings that contain high levels of asbestos. Sometimes, even natural disasters can be to blame for elevated levels of mesothelioma or any other illness.

Who Is Responsible for Exposing Louisiana Residents to Asbestos?

There is no one party that is responsible for the asbestos exposure that has occurred and continues to occur in Louisiana. Rather, multiple industries located in the region, as well as natural disasters such as Hurricane Katrina that introduce toxins into the water and the environment, are to blame for Louisiana residents’ exposure to the toxic mineral.

When an individual suffers from mesothelioma or any other illness related to asbestos exposure, he or she may have grounds for a claim if the exposure was due to another party’s negligence. Negligence can mean knowing that asbestos is harmful, yet choosing to use it in one’s products anyway due to its low cost, or it can mean simply failing to protect workers by providing them with adequate safety equipment in situations where coming into contact with asbestos is necessary. It can also mean failing to remove asbestos from the workplace. 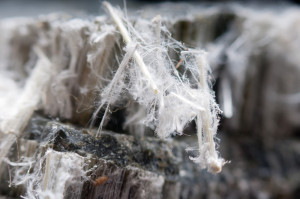 The claim could be a personal injury claim, a workers’ compensation claim, or a wrongful death claim, depending on the circumstances of the case. It is important to know that in Louisiana, the statute of limitations for a mesothelioma claim begins on the date that the illness is diagnosed. Once a person is diagnosed with the disease, he or she has one year from the date of the diagnosis to file a claim. If a person is seeking compensation for the loss of a loved one due to mesothelioma, he or she has one year after the death to file a claim.

If the company responsible for the exposure has gone out of business since the person worked there, do not despair. You can potentially recover compensation through a trust fund set up by the company specifically to compensate individuals it exposed to asbestos. Discuss this possibility with your attorney.

Any discussion about asbestos exposure in Louisiana must include a discussion of Hurricane Katrina, one of the deadliest and costliest hurricanes in United States history. According to the Government Accountability Office, the hurricane pulled numerous industrial and consumer toxins into the water supply, and during the demolition of damaged buildings, dangerous chemicals, including asbestos, were released into the air. Many Louisiana residents were exposed to these toxins during and in the months and years after the storm, and some of those residents are experiencing adverse health effects now, according to an article in the Journal of Health Care for the Poor and Underserved.

1. Is mesothelioma more common in Louisiana than in other states?

Somewhat. According to the Mesothelioma Applied Research Foundation, citing a study performed by the National Center for Health Statistics between 1999 and 2005, Louisiana ranks 18th in the United States for mesothelioma and asbestosis deaths.

2. What is it about Louisiana that can expose more people to asbestos?

There are a few factors at play in Louisiana that put individuals at a heightened risk of being exposed to asbestos. One is the shipping industry’s role as a major employer in the state. Ships generally contain large amounts of asbestos, and workers may be exposed to it while aboard.

Furthermore, asbestos exposure was more likely for some after Hurricane Katrina; the report from the U.S. Government Accountability Office asserts that “many thousands of homes being demolished … are generally not subject to EPA’s asbestos emission standards aimed at limiting releases of fibers into the air.” Those in areas most heavily affected could, in fact, be exposed to asbestos released into the air due to the destruction and renovation of homes as a result of the devastating hurricane.

3. What are some historic mesothelioma cases in Louisiana?

Examples of prominent mesothelioma cases in Louisiana include: 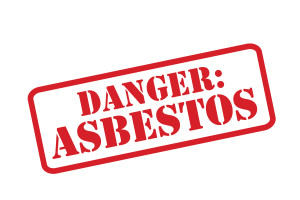 Work With a Louisiana Mesothelioma Attorney

Mesothelioma is a serious illness that can significantly impact your quality of life. If you are suffering from mesothelioma after a career working with asbestos, you could be entitled to monetary compensation for your damages through an asbestos exposure claim.

Contact our team of experienced Louisiana mesothelioma attorneys at Neblett, Beard & Arsenault today to schedule your free case review with us. We can determine whether you have grounds for a claim and, if so, help you file and pursue that claim to get the money you deserve. We work on a contingency fee basis, which means we don’t charge for our services until after your claim is settled. Our fee is based upon a percentage of your settlement, so there are no upfront costs required for you to get the legal help you need.