jobs that exposed workers to asbestos

Over the past 50 years, the Occupational Safety and Health Administration (OSHA) has taken major steps to regulate asbestos exposure in the workplace, protecting employees from developing lung cancer, mesothelioma, and other deadly effects.

However, workers exposed before these regulations were passed are now beginning to show symptoms of the asbestos-related disease—especially those in blue-collar occupations. 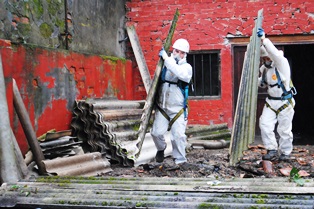 According to OSHA, over 75 occupational groups are identified as likely to have exposed workers to asbestos in the past. Employees who worked in these jobs from the late 1950s to the early 1980s are overwhelmingly likely to develop work-related malignant mesothelioma later in life due to daily exposure to asbestos decades prior.

Occupations that may have exposed workers to asbestos include:

The attorneys at Neblett, Beard & Arsenault understand that a cancer diagnosis can be frightening and overwhelming and that you’re entitled to the best of care. We work on a contingency fee basis, allowing you to get the legal help you need and not pay anything for our services until your claim is settled.

To learn more, please contact us online or call us directly at 318.588.6303 for a free consultation.  You can also order our free eBook, Mesothelioma and Your Legal Rights.