Nursing home abuse claims involving dementia patients can present special challenges, but this should not deter you from seeking compensation for the harm your loved one has suffered. The term dementia is used to refer to a general decline in a person’s cognitive abilities. Dementia often starts off very mild but will progress to the point where the affected person can no longer live independently.

What Are The Symptoms Of Dementia? 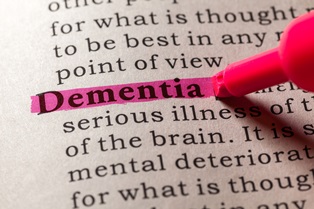 Symptoms of dementia vary depending on individual circumstances but often include:

Healthcare professionals use 7 stages of dementia to indicate how far the condition has progressed:

Caring for a dementia patient can be very difficult. When the affected individual is not able to communicate his needs or remember simple instructions, this can be frustrating for untrained, inexperienced, or overwhelmed caregivers. Additionally, dementia patients can sometimes take out their frustration in ways that cause serious harm.

Patients with dementia have a higher than average risk of becoming victims of a variety of forms of nursing home abuse, including:

Nursing home abuse can be perpetuated by a number of care workers including nurses, personal care attendants, dietary aides, housekeepers, and facility administrators. Resident-on-resident abuse is also a concern.

Cases of nursing home abuse involving dementia patients can be difficult to prove because the victim cannot reliably testify regarding the events that have occurred. However, there are other types of evidence that may be used to prove the claim. For example:

Since an adult who is suffering from dementia lacks the cognitive ability necessary to understand legal proceedings, he will need to have a guardian ad litem file the claim. This is normally a spouse, adult child, or other family member, but it can also be a court-appointed individual, if necessary.

The best way to protect your loved one’s rights is to retain the services of an experienced nursing home abuse attorney as soon as possible. Your attorney can gather evidence to support the claim for damages and negotiate with the insurance company on your behalf. Contact us online or call our office directly at 318.588.6303 to schedule a free, no-obligation initial consultation with the legal team at Neblett, Beard & Arsenault.