Is a nursing home liable for abusive acts committed by one resident against another? 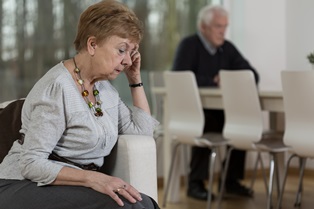 It is estimated that about 20% of nursing home abuse cases involve acts committed by residents. Types of abuse residents may perpetuate against each other include:

Resident-on-resident abuse is most common when two people are sharing a single room, but abusive acts can also occur in dining areas, recreation rooms, and shared spaces within the facility. Chaotic and noisy environments can increase stress levels in many elderly people, thus increasing the risk of abusive behavior.

When nursing home residents perpetuate abuse against other residents, it is most often attributed to the effects of dementia. Aggression and anger are common dementia symptoms, especially in patients with Alzheimer's disease or those who have a past history of mental health disorders. The behavior may be triggered by frustration with the limitations of the nursing home environment or the occurrence of physical pain. However, abusive behavior can also occur without any provocation at all.

Residents who are cognitively impaired but physically mobile may be more likely to lash out at residents who are confined to wheelchairs or otherwise unable to defend themselves. Those who are socially isolated can also become easy targets for abusive behavior.

How Understaffing Contributes to the Problem

Nursing homes are required to have staffing levels that ensure adequate resident care, but there is no mandatory staff/resident ratio. As a result, it's estimated that 90% of facilities are understaffed. This can be due to high turnover, a lack of qualified candidates, and the desire to maximize profits in a facility.

When a nursing home is understaffed, caregivers must focus on meeting specific medical needs. This gives them less time to monitor residents and look for signs of abusive behavior. Since residents who are being mistreated are often reluctant to report the problem due to fear or embarrassment, understaffing allows the abuse to continue.

Understaffing can also contribute to abuse by making it more difficult to determine who is the aggressor in an incident. If the staff doesn’t clearly witness a confrontation, they may be reluctant to take sides and instead label both residents as equally responsible for the problem.

Additionally, understaffing minimizes opportunities for resident activities that provide stimulation and relieve boredom. Keeping residents active and engaged in their surroundings is often thought to be the best way to diffuse abusive behavior.

A nursing home has a legal and moral obligation to provide a safe environment for residents. This means providing medical care as well as preventing residents from being victimized by others in the facility.

If you are concerned that a loved one is being abused by a fellow resident, report the issue immediately to the facility administrator. If the administrator is not able to resolve the issue to your satisfaction, file a report with adult protective services or the office of aging in your area. At this time, you may also wish to call an attorney to initiate a nursing home abuse claim.

Civil proceedings involving nursing home abuse committed by other residents can include compensation for medical treatment and pain and suffering related to the abusive behavior. However, it is important to keep in mind that Medicaid or Medicare will have a lien on a percentage of funds recovered in the claim if these programs are currently being used to pay for your loved one's care.

Neblett, Beard & Arsenault's legal team is committed to advocating for the rights of elderly and disabled nursing home residents. Our attorneys can help you gather evidence, document damages, and negotiate with the insurance company on behalf of your loved one. To learn more, please contact us online or call us directly at 318.588.6303 for a free consultation.