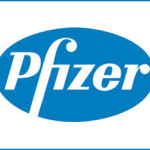 The U.S. Justice Department announced a settlement with Pfizer, Inc., the world’s largest drug maker, who will pay a record $2.3 billion civil and criminal penalty for unlawful prescription drug promotion. Pfizer illegally marketed four of its drugs including Bextra and Lyrica for non-FDA approved medical uses. The FBI said the corporate giant was blatantly violating the law and misleading the public through false marketing claims. If the record penalty wasn’t newsy enough, it’s not even the first, but the fourth such settlement with repeat offender Pfizer in the last ten years.

Pfizer illegally promoted its drugs by treating doctors to all-expense paid “consultant meetings” at resorts across the world. Perks included massages, golf outings, and meals, among other things.

And why should we care? Because it ends up costing all of us. $1 billion of the penalty will reimburse Medicare, Medicaid, and other federal health care programs funded by taxpayers. At a time when all consumers are tightening their belts and watching their budgets, health care costs continue to escalate due in part to greed and illegal profiteering by pharmaceutical makers like Pfizer.

Pfizer recently announced its intentions by years end to acquire its rival Wyeth for $68 billion bolstering its position as the world’s largest drug maker by revenue. Apparently the rich get richer despite record criminal penalties. Go figure.