fmcsa requested to identify drivers at risk for sleep apne 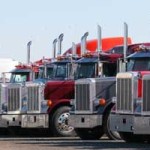 The National Transportation Safety Board (NTSB) has recommended to the Federal Motor Carrier Safety Administration the implement of a program to identify commercial drivers who are at high risk of having obstructive sleep apnea or OSA and to withhold medical certification unless these workers can prove they’ve been diagnosed and treated effectively for the disorder. Sleep apnea is a contributor to drowsiness – a condition that could prove deadly for 18-wheeler drivers, resulting in car accidents. It is a condition where, during sleep, a narrowing or closure of the upper airway causes repeated sleep disturbances leading to poor sleep quality and excessive sleepiness.

In a safety recommendation issued by NTSB, it wants FMCSA to “develop and disseminate guidance for commercial drivers, employers and physicians” for identifying high-risk drivers. The NTSB’s recommendation specifically mentioned “commercial drivers,” an referenced an incident of a tractor-trailer driver with diagnosed OSA. He had collided with a Tennessee Highway Patrol vehicle, killing the trooper. The 18-wheeler driver had surgery for OSA but hadn’t reported his condition when examined for his medical certification. Other NTSB investigations mentioned included two commercial airline pilots who fell asleep (one of whom was at risk for OSA) and missed their intended destination airport in Hilo, Hawaii, and a train engineer who had been diagnosed with OSA who went through a stop and struck another train.

The NTSB said the prevalence of OSA is more than 50 percent in patients with an average body mass index of 40.0. It also mentioned a 2006 consensus statement from the Joint Task Force of the American College of Chest Physicians, the American College of Occupational and Environmental Medicine and the National Sleep Foundation recommending that commercial drivers with a body mass index of 35 or higher and hypertension that can’t be controlled on less than two medications not be certified for longer than three months pending a formal OSA evaluation. Sleepiness from sleep apnea has been shown to significantly increase a driver’s risk of driving drowsy. Driver fatigue and sleepiness is a major cause of truck crashes. Stricter screening mandates could reduce the risk of truck crashes.

If you’ve been injured in a truck accident you need to speak with an experienced truck accident attorney as soon as possible. Please contact us online or call our Alexandria office directly at 318.541.8188 to schedule your free consultation.