Relying too heavily on a Global Positioning System (GPS) device or smartphone app to provide directions can have a serious downside. GPS information may not always be accurate, which means you could be placing yourself or others at risk of a car accident. 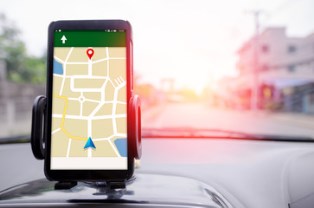 How Your GPS Can Lead To A Car Accident

A GPS is a network of satellites that can calculate your location by transmitting signals to a receiver and using a process known as trilateration to determine where you are using at least three satellites in the network. The military has been using GPS technology since 1960, but GPS devices weren’t available to the general public until 2000 and didn’t become widespread until the last decade.

GPS devices and navigation apps typically have disclaimers that indicate the data they provide may be imperfect. It is vital that drivers pay close attention to road signs and their surroundings to avoid an accident.

Some examples of how a GPS can cause an accident with incorrect or outdated navigation information include:

It may seem that reasonable people would not follow directions that put them in peril, but many people have more confidence in a machine than in their own navigation skills. Others don’t realize they’ve made a mistake until it’s too late.

GPS use can also cause accidents by contributing to distracted driving behavior. The National Highway Traffic Safety Administration (NHTSA) states that programming a GPS while driving is just as risky as texting while driving—which increases your crash risk by up to 23 times.

The law is murky surrounding liability for car accidents involving a faulty GPS. The current legal system is based on the notion that drivers bear primary responsibility for crashes, but the widespread use of GPS is changing the standard of what counts as reasonable behavior on the part of a driver.

In most cases, manufacturers have a duty to ensure that their product is safe and works as intended. However, claiming a specific duty on the part of the GPS mapmaker would open up the door to nearly unlimited liability. Additionally, there is some debate on whether GPS units constitute a product or service. If a GPS is a service, product liability law doesn’t apply.

Holding manufacturers liable for a faulty GPS can be difficult because it can be argued that disregarding the visual cues associated with the road in front of you is equivalent to a misuse of the product and, thus, voids the warranty.

States such as Louisiana use a comparative fault system to determine responsibility for crashes. Many experts believe that this approach may become common in cases where faulty GPS data contributed to the accident. In a comparative fault scenario, the GPS manufacturer would be partially responsible for providing incorrect data, and the driver would be responsible for a percentage of the damages based on his inattention to his surroundings.

Receiving Compensation For Your Injuries

If you’ve been injured in a car accident, you may be entitled to compensation for your expenses. Damages you can recover include:

The best way to protect your right to compensation following a car accident is to retain the services of an experienced personal injury attorney. Your attorney can help you determine who may be financially responsible for your injuries, accurately assess the value of your claim, gather evidence to support your case, line up applicable expert witnesses, and negotiate with the insurance company on your behalf.