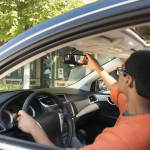 Turning over the car keys to a teen driver is a risk parents know they need to take, yet it is one which often leaves them with feelings of anxiety and concern. Teenagers between the ages of 16 and 19 face a higher risk of being involved in a fatal collision than individuals of any other age group. In fact, auto accidents and other vehicle-related collisions are the leading cause of death among teenagers in the United States.

According to the Centers for Disease Control and Prevention (CDC), approximately 2,650 teens between the ages of 16 and 19 lost their lives and another 292,000 suffered injuries requiring emergency medical care in one recent year.

With an average of seven teenagers being fatally injured in vehicle-related accidents each day, it is essential that teen drivers are taught basic skills for accident prevention. If you have a teenager who has reached driving age and is getting ready to drive alone, review these are 15 things you need to teach your new teen driver to help to minimize the risk of being involved in a costly or deadly accident.

Never give in to peers who want you to speed.

As a new teen driver, your child may be more inclined to give in to peers who urge him or her to speed. Let your teen know it is okay to say no. Speeding is very dangerous and places many innocent lives at risk. If your teen wants to retain his or her driving privileges, make it clearly understood that speeding is an unacceptable risk. Real friends won’t try to pressure you into doing something that is illegal or dangerous just for a temporary thrill.

It is always better to be late than to speed.

Being late is always better than speeding to get somewhere on time. Teach your teen how to determine arrival times based on traffic and other potential delays, so he or she won’t have to worry about rushing to avoid being late.

Texting while driving is one of the most dangerous and potentially deadly driving habits, as treacherous as drinking and driving. Although trying to separate a teen from his or her phone may seem like an impossible task, teens need to understand the dangers posed by texting and driving. Enrolling your teen in a driving school can help reinforce positive driving behaviors, including no texting and driving. 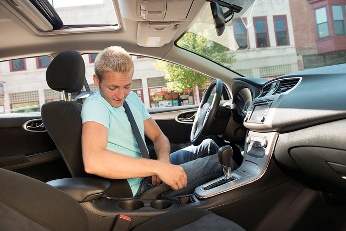 Turn off your cell phone while driving or use a text-blocking app.

Give your new teen driver the option of turning off his or her cell phone while driving, or downloading a text-blocking app. Many cell phone providers have apps which can be downloaded and installed to prevent texting or calling while the vehicle is in motion. Some also have features which can alert a parent when attempts are mde to use the cell phone while driving. As Distraction.gov reports that 10 percent of the teen drivers involved in fatal crashes were distracted at the time of the collision, and the need to avoid distractions at all costs is a lesson which must be instilled in all drivers.

Wear your seatbelt at all times while in a vehicle.

Teach your teen that wearing a seatbelt at all times while in a motor vehicle is not an option, it is a requirement. The simplest way to get this message across is to set a good example. Parents who wear their seat belts and require a young driver in the family to the same are more likely to have a new teen driver who will buckle up when they get behind the wheel.

Require that your passengers always buckle up.

According to Safe Kids Worldwide, one out of every four teens surveyed admitted to not buckling up every time they got in a vehicle. Simply reminding passengers to buckle up can help in cases when they forget to do so. Even if your teen is not planning to go far, seat belts need to be worn at all times by all passengers. As seat belts can reduce the risk of fatal injuries for front seat passengers by close to 45 percent, this one action can be life-saving.

Never, ever drink and drive.

Although teens have not reached the legal drinking age, the reality is that your teen may have access to alcohol at a party or while out with friends at least once during his or her teen life. Teaching your children about how drinking affects a driver’s cognitive and driving abilities can help negate the urge to drink and drive. If you make sure to designate a sober driver and never, ever drink and drive, your teen will be less likely to do so as well. Tell your child that if there is ever an incident in which he or she has consumed alcohol, or a driver has, that you are available to pick them up, with no penalty or punishment.

Restrict the number of passengers you allow in your vehicle.

Louisiana’s Graduated Driver Licensing (GDL) laws restrict the number of passengers teen drivers are allowed to have in their vehicles. Until a driver achieves his or her full, unrestricted driving privileges, he or she cannot transport more than one passenger under the age of 21 between the hours of 6:00 p.m. and 5:00 a.m. unless it is a family member or unless accompanied by a licensed adult. Teen passengers pose a significantly increased risk of distraction to a new teen driver.

Figure out where you are going and program it into the GPS before you leave, not while in motion.

If your teen is unfamiliar with how to reach a driving destination, ensure that the location is programmed into the vehicle’s GPS before leaving. Entering a destination in the GPS should never be done while driving, as it requires the driver to take his or her eyes off the road, at least one hand off the wheel and attention off the task of driving. Be safe and either pull over or program the route prior to driving.

Always use your signals to let other drivers know of your intentions.

Using your brakes and turn signals is one of the simplest ways to let other drivers know your intentions. Failure to use a turn signal when merging can lead to an accident in which you would likely be found at fault. Signaling, along with strict adherence to other driving rules can help prevent accidents.

Do not tailgate. Allow a safe stopping distance between you and the vehicle in front of you.

Traveling too close behind the vehicle in front of you is a recipe for disaster. Drivers must make sure they have sufficient room to stop in case of emergency. Allowing a safe stopping distance can prevent rear-end collisions and the serious injuries that often accompany these types of accidents.

Check your mirrors and blind spots before merging into another lane. 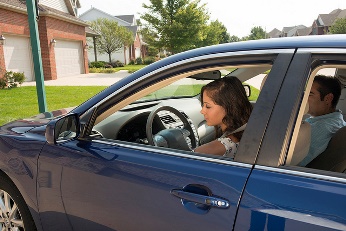 Take extra caution when driving at night or in poor weather conditions.

Be courteous, and yield right of way when necessary.

Teen drivers often adopt bad driving habits from parents or from others with whom they frequently drive. Set a good example for your teen to teach him or her to be courteous to other drivers. Yield the right of way when necessary. Let another vehicle merge when its driver has signaled the intention to do so. Stay to the right of the road when driving slower than the flow of traffic. Remain calm and avoid aggressive driving behavior, regardless of any other driver’s actions. 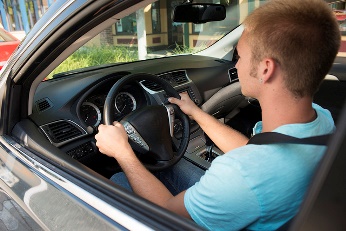