Typically, nursing homes are designed to accommodate residents in the last years of their lives. They are not equipped to handle the needs of people who will likely need care for several decades. As a result, younger residents may be uniquely vulnerable to nursing home abuse. 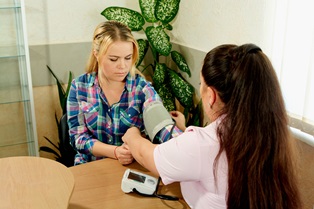 In comparison, elderly individuals typically enter nursing homes due to age-related dementia or physical conditions that have progressed to the point where they are no longer able to live independently. This means, younger residents have dramatically different care needs that facilities may struggle to accommodate.

Generational conflicts may also be a source of tension when the preferences of younger residents clash with their older counterparts. Facilities may try to minimize this tension by implementing changes such as:

These small changes are positive steps, but it’s still important to be vigilant about watching for nursing home abuse involving younger residents.

Types of abuse that may be experienced by younger nursing home residents include:

Caregivers who are untrained or working in understaffed facilities may neglect the needs of younger residents in favor of their older peers. This is often due to the mistaken perception that older individuals have a more urgent need for care.

Caregivers, visitors, and other residents may take advantage of a younger resident’s disabilities to engage in nonconsensual sexual activity.

Younger residents who have unmonitored access to their own money may be taken advantage of by people seeking gifts, attempting to gain power of attorney, or offering fraudulent investment opportunities.

The nursing home may isolate the resident from family and friends in an attempt to force compliance with the facility’s policies.

Mentally ill individuals can become aggressive and pose a danger to themselves or others. Caregivers who are not fully trained to handle these situations can cause injury by using physical restraints inappropriately.

Younger residents may be taking prescription medications with a high potential for abuse such as opioid painkillers or anti-anxiety medication. Their medications may be stolen by individuals seeking to feed a drug problem.

A facility that is home to multiple younger residents may struggle to keep residents from being physically or verbally abusive towards each other.

Younger residents may be reluctant to report abuse due to fear of retaliation from their caregivers. They may also be struggling with depression and loneliness, which may lead them to think that abuse is something they need to accept since they are unable to live independently. However, all residents—regardless of age—are legally entitled to a safe environment and care that preserves their personal dignity.

If you have issues with the quality of care a nursing home resident is receiving, you should first attempt to resolve it by contacting the facility administrators. If problems persist, filing a nursing home abuse claim is recommended. A claim allows compensation for medical expenses related to the abuse as well as pain and suffering. Depending on the circumstances, punitive damages may be awarded as well.

Neblett, Beard & Arsenault’s dedicated legal team works tirelessly to protect the rights of Louisiana residents who are victims of nursing home abuse. Contact us online or call our office directly at 318.541.8188 to schedule a free, no-obligation case review.