its time to reform all types of insurance 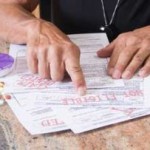 Everyone depends on some type of insurance. We also expect the coverage to be reasonably priced to fit into our already tight budgets. While the health insurance debate is taking center stage on the national level, where is the hue and cry for reform of the property-casualty insurance industry? Without property-casualty insurance we couldn’t drive, own homes, doctors and pharmacists couldn’t practice, local governments couldn’t function and many small businesses would not be able to remain open.

So why is it that one of the most important sectors of our national economy is one of the least regulated, unaccountable and most profitable industries? Because these insurers are exempt from federal anti-trust laws, and most state insurance departments have little or no control over insurance rates.

Perhaps the most telling fact is how influential these insurers are in Washington D.C. and every state capitol due to the army of well-paid lobbyists and political contributions. They use the threat of their capability of inflicting major damage to a state’s economy so they routinely get what they want legislatively. Rarely do their demands on lawmakers get challenged.

One example happened in West Virginia when all five medical malpractice insurance companies threatened to pull out of the state unless regulatory laws were repealed. The West Virginia legislature promptly caved to the political pressure and repealed the legislation which they had enacted to protect W.V. consumers. As Joanne Doroshow of the Center for Justice & Democracy recently lamented, “Doctors complain of price-gouging by their medical malpractice insurers but do not join with consumer groups to push for industry regulation.” Apparently the medical profession would rather blame the legal profession and support “tort reform” instead. They ignore the insurance industry’s own admission about the lack of savings from “tort reform”. The vice president of the American Insurance Association admitted: “The insurance industry never promised that tort reform would achieve specific premium savings.” Despite that we are constantly inundated with “tort reform” rhetoric from lawmakers and their industry backers instead of taking on the insurance companies directly.

All of us- doctors tired of high medical malpractice premiums, business owners sick of paying exorbitant property-casualty insurance premiums, homeowners who face annually increasing rates despite never having made a claim- should target the real culprit in this ever-growing problem: the insurance industry. We should urge our national lawmakers to revoke their anti-trust exemption and face competition like every other industry. We should pressure our state legislators to enact common sense regulations and actually enforce them. No one expects the insurance industry not to make a profit. What we should not expect is for that profit to be on the backs of the consumers who only want and deserve affordable insurance.