is the no pay no play statute too tough 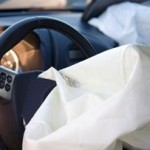 In 1997, the Louisiana legislature filed the Omnibus Premium Reduction Act Of 1997 known as the No Pay/No Play statute. This law bars uninsured drivers from recovering damages for the first $10,000.00 of property damage and the first $10,000 in bodily injury. There are exceptions to this rule. If an individual is convicted of a DWI and/or pleads No Contest, someone intentionally causes an accident, someone flees from the scene of an accident, and/or, at the time of the accident, someone was in the commission of a felony offense under the law, then the No Pay/No Play statute does not apply. While I find that the exceptions are meaningful and have merit, the overall statute is too harsh for someone who does not have insurance on their vehicle at the time of the accident.

I do believe each individual should take personal responsibility for his actions and we should all carry insurance on our vehicle if we intend to operate that vehicle. However, I am a realist and know that oftentimes, people must choose between putting food on their table and paying the rent, or paying their insurance premium. I also know that people often receive invoices for insurance payment, and for whatever reason, it is misplaced and is not properly paid on time. While the No Pay/No Play statute is a well-intended law, I have found in my practice that this law rewards insurance companies for insuring at fault drivers who cause serious injuries and property damage and the insurance company is absolved from paying valid claims simply because a person did not have insurance on their vehicle at the time of the accident. The insurance companies are, once again, reaping a windfall regarding the fault of one of their insured drivers.

Since this law went into effect, I have spoken with numerous individuals who have been devastated by the No Pay/No Play law. They were were denied the first $10,000.00 of property damage and the first $10,000.00 in bodily injury on the basis that, for whatever reason, they did not have insurance on their automobile at the time of the accident even though that individual was not at fault in any way in causing the accident. Almost ever single time I have encountered this scenario, the person who did not have insurance on their vehicle was a person who was in dire financial circumstances to begin with, and, subsequent to the accident, were faced with the loss of their vehicle and mounting medical bills as the result of someone else’s negligence.

While people should certainly take responsibility for their actions and have some consequence for not having insurance on their vehicle, the No Pay/No Play law is too severe. It usually penalizes that portion of our citizenry that can least afford the penalty, and it rewards the at fault driver’s insurance company. I would think that a more appropriate penalty would be that the uninsured driver who is not at fault would not be allowed to make a claim for pain and suffering. However, he would be able to recover his property damage and have his medical expenses paid. This would still penalize the uninsured motorist, yet allow him to keep his transportation and not incur additional expenses he can ill afford. Additionally, this scenario does not reward the at fault driver’s insurance company.