How Negligence Laws Affect Your Ability to Collect Damages 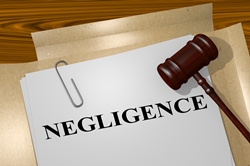 If you were partly responsible for your car accident, you may wonder if you’re still eligible to collect damages. Laws regarding fault vary from state to state, but Louisiana does allow partially at-fault drivers to collect compensation for injuries and property damage.

How States Determine Eligibility for Damages

Every state follows one of two models for determining your eligibility for damages following a car accident: contributory negligence or comparative negligence. Here is a brief look at each:

What System Does Louisiana Use?

Essentially, Louisiana’s pure comparative negligence system is built to realize that even the best driver is capable of making an honest mistake. Fault is assigned based on the severity of your conduct, recognizing that errors such as driving while intoxicated are much more significant than tailgating or failing to use your turn signal.

How Is Fault Determined?

There is no “magic formula” used to determine percentage of fault. The insurance claims adjuster will evaluate records from the accident and assign fault percentages, which means that fault assessments are somewhat subjective. Often, an experienced attorney can negotiate a lower percentage of fault on your behalf—which will increase your eligibility for compensation.

How to Protect Your Legal Rights

After a car accident, the most important step you can take to protect your legal rights is to avoid speculating as to who is responsible for the accident. Do not talk about the accident with anyone other than your insurance agent, local law enforcement, or your attorney. Stick to the basic facts only, avoiding any statement that could be interpreted as admission of responsibility for the accident.

Even if you believe you were at fault, you could be mistaken. It only takes a few seconds for a collision to occur, and the stress of being involved in an accident can affect your perception of the event. It’s best to focus on your recovery and let the claims adjuster and your attorney work out any applicable fault percentage.