Drunk Driving Endangers Everyone on the Road 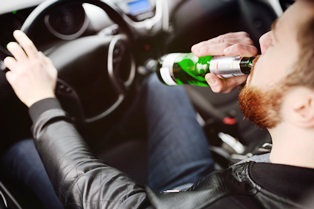 Distracted driving plays a role in millions of U.S. car accidents each year. In many crashes, alcohol is also a factor. Considering these distractions are defined as anything that diverts attention from operating a car, intoxication certainly qualifies. As far as on-the-road distractions go, drunk driving is one of the deadliest.

Combine alcohol and cell phone use while driving and you have a lethal mix. The first violation for a Louisiana driver caught using a cell phone is $500. Add to that a fine—or even worse—for driving under the influence, and it’s plain to see how expensive and deadly this combo is.

Unfortunately, the threat of expensive fines doesn’t stop some from drunk driving and using their phone. In fact, 10% of iPhone users and 4% of Android users have admitted to using their cell phone to watch YouTube while driving.

Though some think there’s no harm in getting behind the wheel after having a few drinks too many or using their cell, drunk driving accident statistics tell another story. According to the National Highway Traffic Safety Administration:

Though it’s illegal to drive with a blood alcohol concentration (BAC) of .08 or higher in most parts of the U.S., alcohol starts impairing judgment and driving ability at a BAC of .02—long before you’re considered legally intoxicated. In fact, nearly 2,000 people died in 2017 in  alcohol-related car accidents where the driver’s BAC was lower than the legal limit—between .01 and .07.

People under the influence of alcohol could demonstrate erratic behavior such as:

This type of recklessness can lead to serious rear-end, side-swipe, wrong-way, and head-on collisions.

Drunk driving accidents, injuries, and deaths are preventable. To avoid the risks associated with driving intoxicated, give yourself plenty of time to sober up or – even better – get a ride from a friend or ridesharing service, and encourage those you know to do the same.