childrens personal injury claims and lawsuits what you should know 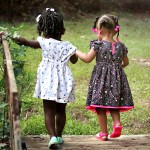 Children and teenagers are subject to injuries just like adults are. In many situations, often when adults are careless, children are the ones that are more likely to get injured. A common example is with slip and fall injuries. For example, a child can be seriously injured on steps at a local business that are not following local code. If the business had been obeying the local city codes, then the child’s injury probably would have been less serious (a smaller fall), resulting in no medical bills. In contrast, an adult might never have been injured on those same steps. Bottom line is that there’s still a case because the business owner wasn’t following the local codes set in place to protect the public.

Unlike adults, children or teens may not know what resources they have available to protect themselves, especially financially. That’s why the legal guardian plays a significant role in all personal injury claims for children. In most states, including Louisiana, an individual under 18 years old can’t file a lawsuit. As a parent, you’re responsible for the medical bills. If you know the injury of your child was caused by the careless act of another adult or business you may have a case and it’s your responsibility to pursue it, if you desire.

prosperity. Louisiana understands the importance of physical and mental health for children for purposes of creating a brighter future for the state. This is why the state created a whole set of laws referred to as the ‘Children’s Code’, which are set in place to protect children. The state also has an organization called ‘The Department of Children & Family Services’ that is dedicated to protecting children and families.

Important Things to Know About Lawsuits with Children

Abuse from a Caretaker – This is very serious and usually results in criminal charges for the caretaker. If the caretaker was employed by any organization, then that organization could be financially responsible for any long-term physical and emotional damage the child received. 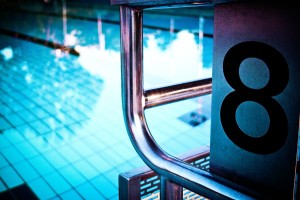 Pool Related Injuries – Pools have local codes by which they must abide. When the pools aren’t up to code, children can be subject to water-transmitted diseases, minor injuries, and even drowning.

Dog Bites – Dog bites from even the smallest dogs can result in serious injuries for children. Children don’t know how to defend themselves from dogs and are at a disadvantage because of their size. These are injuries that need to be taken seriously because they can result in infections worse than the bite itself.

Slip and Fall Injuries – Adults might be aware of unsafe walking areas and conditions, but children may not. Children are smaller and have more flexible bones; however, a broken bone can result in more long-term damage if a fracture occurs in what is called the growth plate. It is important to remember that if horseplay resulted in a broken bone, regardless of where it occurred, then you may not have much of a case.

Has Your Child Been Injured Due To The Negligence Of Others?

If your child has been injured you need to speak with an experienced personal injury attorney as soon as possible. Please contact us online or call our Alexandria, Louisiana office directly at 318.541.8188 to schedule your free consultation.