Neblett, Beard and Arsenault employees celebrated a long-standing Louisiana tradition Thursday, April 18th by knocking some very colorful eggs at the 2nd Annual Easter Egg Knocking Competition! First the decorating contest was held, and attorney Mike Koch judged which eggs would take home the prize. Employee Marcy won first with her “Shark Attack” eggs, and Ashton won second with her “Gold Leaf” eggs. Everyone then gathered around to compete to see whose egg would be victorious! After several rounds of knocking, it came down to attorney Dustin Carter and employee Rebecca.  Dustin won when Rebecca’s egg cracked, and he took home the trophy. After the competition was over, employees enjoyed some of Louisiana’s most famous cuisine, like boudin and hog head cheese. Congratulations to our winners!

If you would like to learn more about egg knocking, you can visit our article from last year’s competition, or find out the game’s history and how to play here. 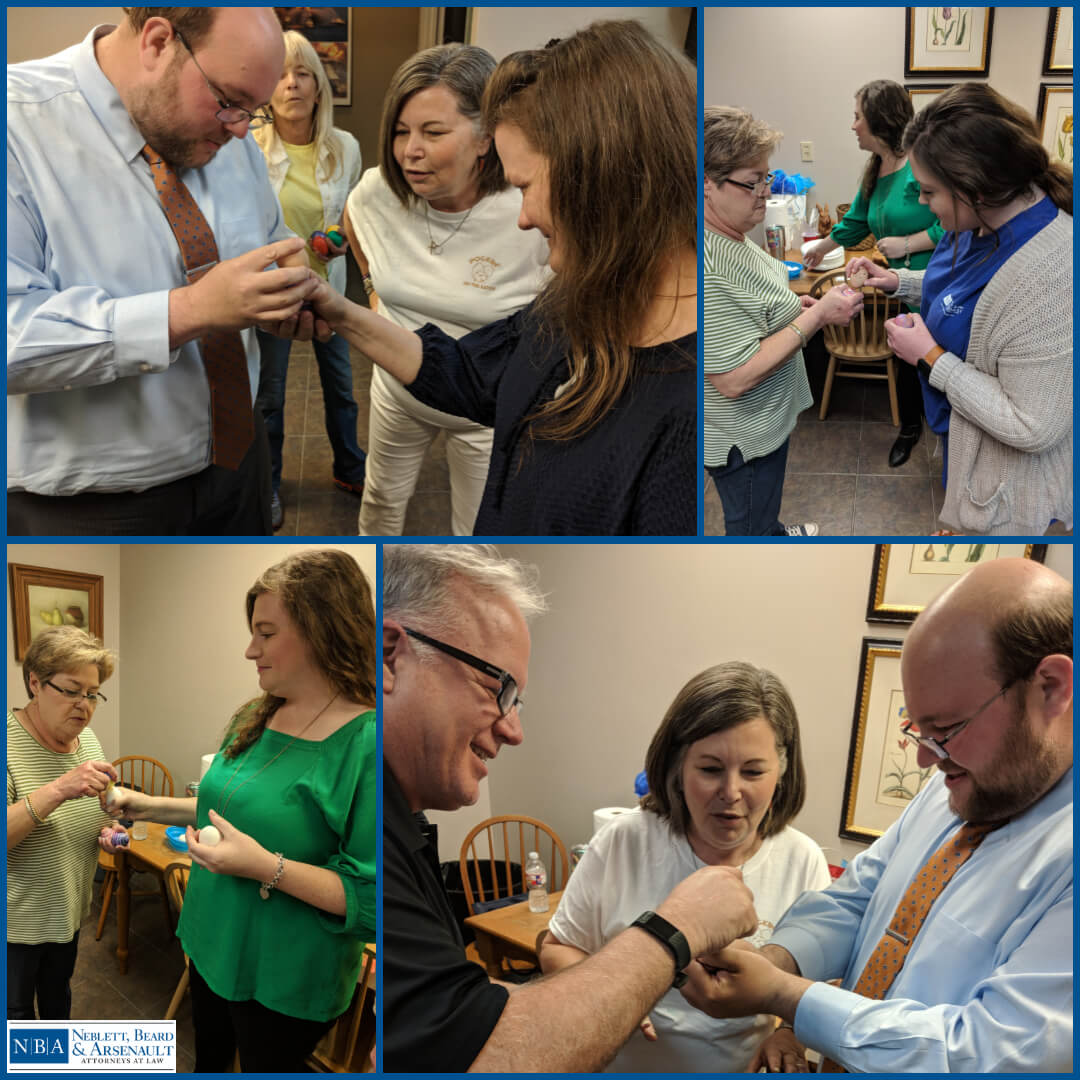 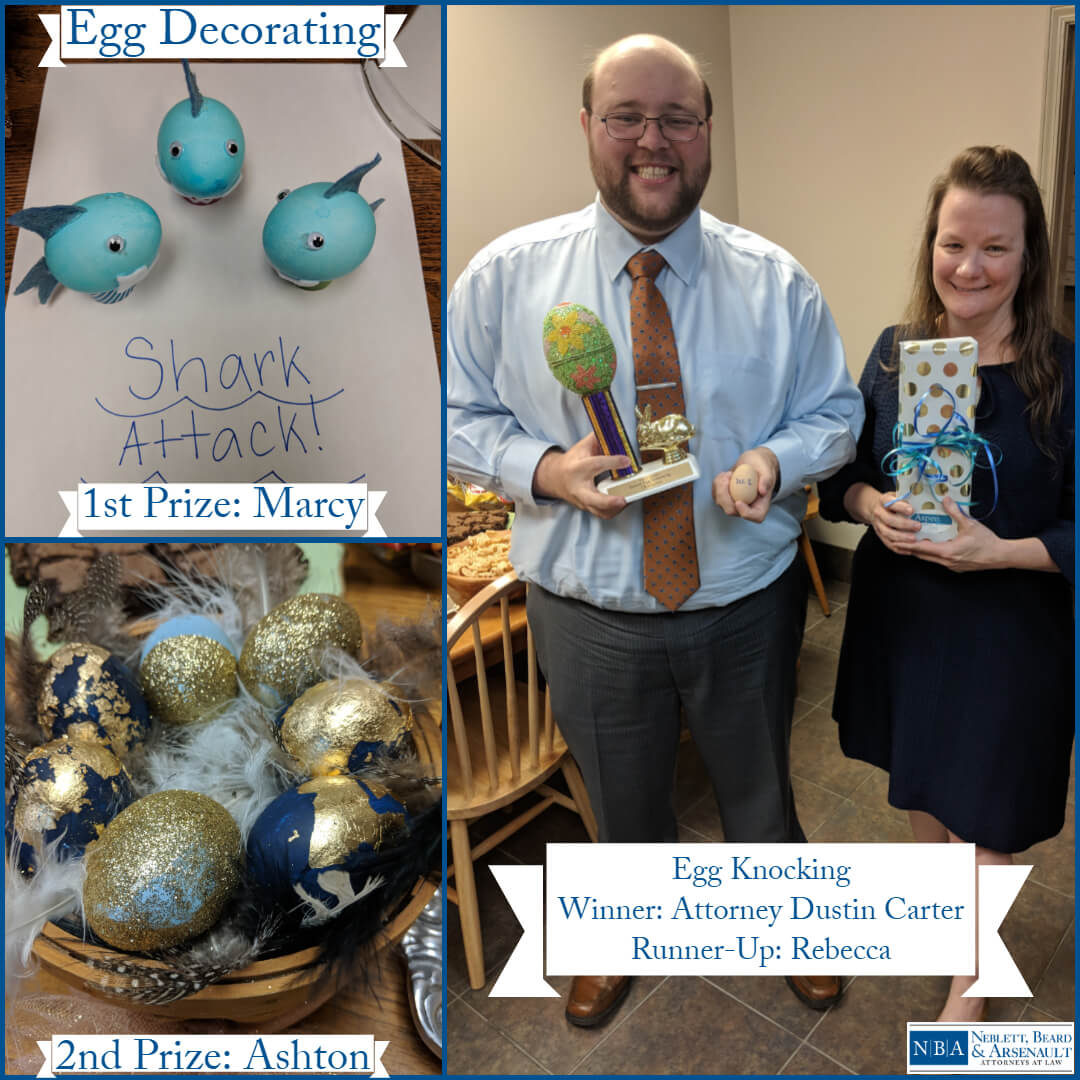 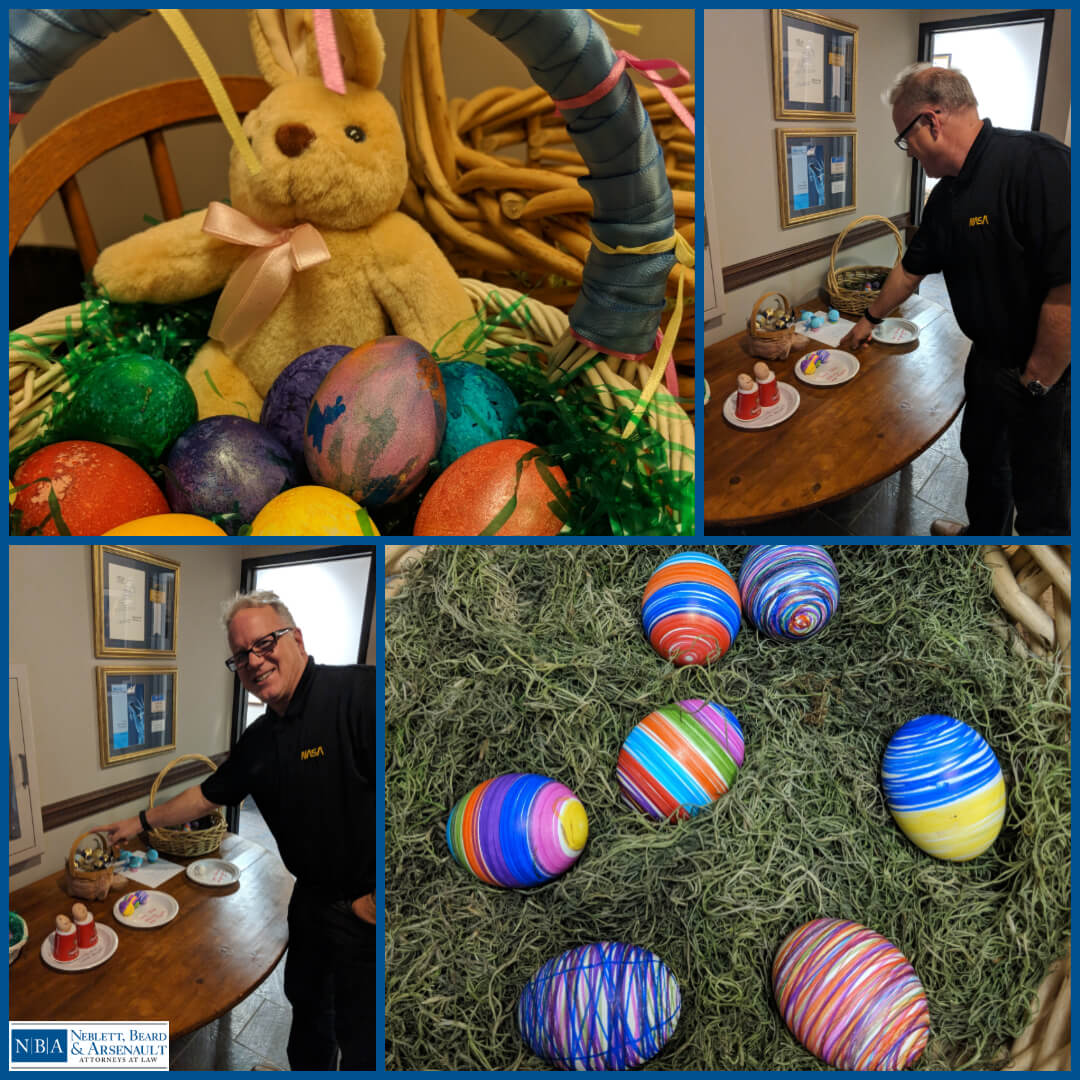