Doctors have a duty to carefully consider the potential for side effects before prescribing medication, but minimal research has been done on the risks associated with using medication during pregnancy. As a result, pregnant women are often left making difficult choices between protecting their own health and potentially putting their babies at risk. 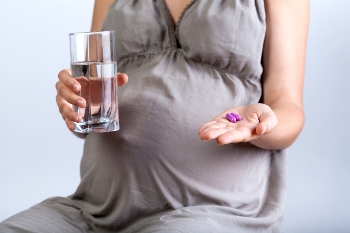 Statistics on Medication Use During Pregnancy

Risks for Most Medications Are Unknown

In most cases, pregnant women aren't included in drug safety studies. This means, the vast majority of medication that hits the marketplace hasn't specifically been tested in pregnant women.

Much of the hesitance to fully study the effects of medication in pregnant women comes from a fear of creating another thalidomide disaster. In the 1950s and 1960s, millions of women were prescribed thalidomide to relieve pregnancy-related nausea, but the medication caused thousands of babies to be born with severe birth defects such as missing limbs or arms and legs that resembled flippers. After the risks of thalidomide became known, pregnant women were encouraged to simply avoid any medication at all.

Although it's understandable that drug manufacturers wouldn't want to put a fetus at risk by testing an unproven medication, bringing an untested drug to market forces pregnant women to make a difficult decision at a time when they may already feel vulnerable.

Doctors can make an educated guess about the safety of a medication based on existing research involving non-pregnant patients, but it's impossible to know for sure that an untested drug is safe for the fetus.

Ultimately, pregnant women are often left weighing the risk of not treating a condition that could negatively impact their health against taking a medication that could potentially harm their unborn baby.

Potential Complications for Mother and Baby

Potential complications of medication use during pregnancy can include:

Another area of concern is that some medications may simply be ineffective for pregnant women due to changes in their metabolism caused by the pregnancy itself. For example, amoxicillin requires a different dosage to be effective in a pregnant woman because the body filters it out more quickly as the result of fluctuating hormone levels.

Women who've suffered harm from a prescription medication taken during pregnancy or given birth to a child with a condition thought to be a side effect of medication use may be able to obtain compensation for medical costs, lost wages, and pain and suffering.

Doctors can be held liable in a malpractice suit if they failed to warn patients of known side effects, neglected to consider the potential for dangerous drug interactions, or prescribed unacceptably risky medication in light of the patient's overall health.

Drug manufacturers can be subject to product liability claims if a medication's side effects suggest it wasn't tested thoroughly before hitting the market or that it posed an unacceptable risk to pregnant women. For example, Zoloft has been the subject of multiple lawsuits alleging the popular antidepressant caused heart problems, neural tube defects, cleft palate, and other serious health issues when taken by pregnant women.

To learn more about your legal right to compensation for the harm caused by medication taken during pregnancy, please call Neblett, Beard & Arsenault to schedule a free, no-obligation case review.