May Is Melanoma Awareness Month

The American Academy of Dermatology has designated May as Melanoma Awareness Month to educate the public about the most common type of skin cancer in the United States. About 75,000 people are diagnosed with melanoma in the United States each year. Risk factors for a melanoma diagnosis include: 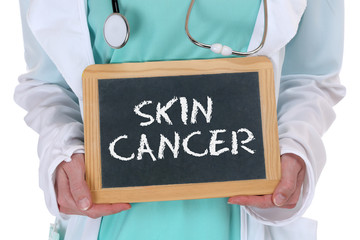 The most common signs of melanoma can be remembered with the ABCDE rule:

Although the ABCDE rule is a very useful way to monitor changes in your skin, it's important to remember that not all melanomas exhibit these symptoms. Additional warning signs that warrant a doctor's visit include:

Melanoma can be diagnosed in several different ways. Doctors typically begin by taking a medical history to assess risk factors. A physical examination of the area is then performed to look for any signs that might indicate the need for a referral to a dermatologist.

If the dermatologist thinks the area is suspicious, a skin biopsy will be conducted. This involves removing the suspicious area and looking at it under a microscope. The procedure will leave a small scar but is not painful.

Imaging tests using x-rays, magnetic fields, or radioactive substances may be ordered if there is reason to believe the melanoma has spread. However, these tests are not needed for early stage melanomas.

Treatment for melanoma depends on how early the condition was diagnosed. Early stage melanomas that have not spread can be surgically removed. If the cancer has spread to other areas of the body, chemotherapy, radiation therapy, and/or immunotherapy might be used. Stage III and Stage IV patients may also be eligible for clinical trials of experimental treatments.

After treatment, it's important that melanoma survivors visit a doctor regularly to have their condition carefully monitored. Melanoma increases a patient's risk of being diagnosed with a second skin cancer as well as breast, prostate, kidney, thyroid, soft tissue, or salivary gland cancer.

Since early diagnosis is vital in successfully treating melanoma, a patient may have a valid malpractice claim if his healthcare provider missed the warning signs or failed to provide the proper referral to a dermatologist. To learn more about pursing a medical malpractice claim, please contact Neblett, Beard & Arsenault to schedule a free, no-obligation case review.

Crash Course: How Not to Wreck Your Accident CaseDownload Your Copy