A National Traffic Safety Council report found that road deaths increased 6% in 2016 and reached more than 40,000 for the first time in a decade. In response to these concerning statistics, a number of people and organizations across the United States are advocating for lower speed limits. Supporters of lower speed limits believe that safety should be a top priority—not arriving at a destination a few minutes faster. 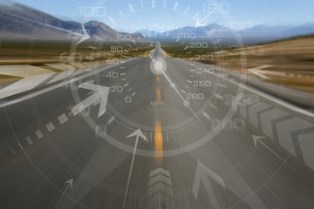 The research seems to support the idea that slowing down is the simplest way to reduce traffic deaths. Several decades of evidence indicate that increasing your driving speed increases both crash risk and crash severity.

Even when a driver isn't distracted, is 100% alert, and is not affected by poor weather conditions, he's still limited in how fast he can see and react to potential dangers. Vehicles also have longer braking distances at faster speeds, thus increasing the risk that a driver won't be able to stop in time to avoid an accident.

Crash severity is increased at higher speeds due to the added force of impact. This effect worsens when there is a size and weight disparity between the two parties involved in the collision. For example, consider an accident where a driver traveling 20 miles per hour hits a pedestrian. In this case, the pedestrian has a more than 90% chance of survival. However, if the driver of the vehicle is traveling 50 miles per hour, the survival rate for the injured pedestrian drops to just 25%.

The Vision Zero Network has been instrumental in leading the push for lower speed limits.Vision Zero is an organization devoted to eliminating traffic fatalities and severe injuries to make our streets safer for everyone. The Vision Zero strategy was first implemented in the 1970s throughout Sweden and has since been successful in much of Europe.

Every participant in the Vision Zero Network has a slightly different approach to encouraging drivers to slow down. For example, DC is working to end traffic-related deaths by 2024 by lowering the speed limit to 20 miles per hour from 25 on some neighborhood streets and creating 15 miles per hour zones during daytime hours near schools, parks, and senior and youth centers that see heavy pedestrian traffic. The city also discussed raising fines for speeding violations.

Louisiana hasn't joined the Vision Zero Network, but Rep. Steve Carter (R-Baton Rouge) recently proposed a bill to require semi-trucks, school busses, and other large commercial vehicles to drive 10 miles below the posted speed on highways to reduce the risk of crashes.

State law allows drivers who've been in injured in car accidents caused by another person's excessive speed to receive compensation for medical expenses, lost wages, and pain and suffering. You can receive compensation even if you were partially at fault for the accident, although your settlement will be reduced by your assigned percentage of fault. Keep in mind that failing to wear your seat belt doesn't make you an at-fault driver under Louisiana law.

Due to the complexity of personal injury law, it's important to have a skilled advocate on your side to ensure that you receive the maximum possible compensation.