Did the Asbestos Industry Lie About Cancer Risks

Patients who struggle with mesothelioma have the burden of treatment and bear the burden of being victimized by the asbestos industry. New documents have come to light revealing that manufacturers of products containing asbestos knew about the potential health risks to workers, and either failed to warn their employees or actively worked to suppress the information in order to keep on using the deadly material. 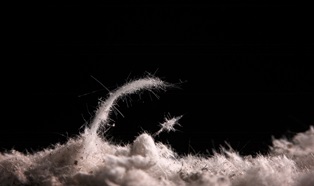 In addition to years of independent research confirming the link between cancer and asbestos exposure, an investigation has revealed that several companies were fully aware of the risks and continued to profit at their employees’ expense. Internal memos and company records dating back to the 1930s and as recent as 2001 were instrumental in convincing juries to award compensation to employees diagnosed with mesothelioma.

When companies knowingly put their workers at risk, they can and should be held liable for the costs of medical treatment, pain and suffering, and punitive damages. The attorneys at Neblett, Beard & Arsenault work on a contingency fee basis, allowing mesothelioma victims and their families to get the justice they deserve and pay no fees until their case is won.

To learn more about options, order our free eBook, Mesothelioma and Your Legal Rights.