City of Monroe Joins Our Fight Against the Opioid Epidemic

America’s opioid problem has been deemed a public health emergency due to the devastating loss of life associated with these potent pain medications.

In 2016, over 60,000 people died in the United States from drug overdoses—the majority of whom overdosed on opioids.

To put this number in perspective, that's more than all American casualties in the Vietnam War. 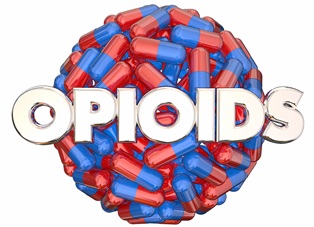 A number of different approaches are being used to address the opioid epidemic, including public education campaigns and improved access to substance abuse treatment. However, taking legal action against those who have negligently marketed and promoted dangerous prescription drugs is one approach with the potential to keep millions of innocent people from ever developing life-altering addictions. Lawsuits have been filed by city and state governments across the United States, much like how legal action was taken against big tobacco in the 1990s.

To fight the opioid epidemic in Louisiana, the City of Monroe is joining forces with Neblett, Beard & Arsenault's legal team to take action against some of the major opioid manufacturers and distributors. The claim will argue negligent marketing and promotion of opioids created conditions ripe for addiction, including:

Although a monetary settlement or favorable trial verdict/judement cannot cure or bring back those who've been lost due to the horrors of opioid addiction, the funds could be used to defray some of the public expense associated with the opioid epidemic. This includes:

Taking legal action also sends the message that government leaders will not stand by idly as their constituents suffer devastating harm due to the actions of reckless pharmaceutical companies.

Read More About City of Monroe Joins Our Fight Against the Opioid Epidemic...