Implanon birth control has been associated with multiple controversies, the most recent being a wrongful birth suit by a young woman. She claimed the device's defective applicator caused her unplanned pregnancy as a single mother. 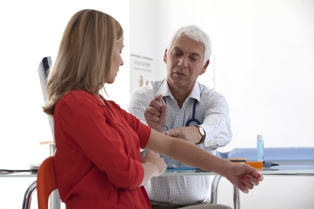 Implanon is a long-term birth control option designed to prevent pregnancy for up to three years. It is an implantable flexible plastic rod that releases a progestin hormone called etonogestrel into a woman's body. Etonogestrel is a synthetic version of the female reproductive hormone progestin. It works by inhibiting ovulation and thickening cervical mucus.

Implanon was first sold internationally in 1998 and has been used by about 2.5 million women. It was approved by the U.S. Food and Drug Administration (FDA) for use in the United States in 2006. There is a newer version of Implanon called Nexplanon.

Implanon's design is problematic because the rod's applicator can cause failed insertion attempts. A physician may believe the device has been properly inserted into a woman's arm, but it is still stuck in the applicator. As a result, a woman may be left completely unprotected against an unwanted pregnancy.

Statistics are unavailable regarding Implanon failure in the United States, but a 2011 study in the UK found that 584 of the 1.4 million women who'd used Implanon since 2000 had become pregnant. An additional 1,609 had reported other adverse reactions. Nine were financially compensated for their damages by the National Health Service.

An unplanned pregnancy can have severe consequences for a woman. For example:

Maine resident Kayla Doherty recently filed a wrongful birth claim against Merck alleging that the company's faulty applicator caused her to experience medical expenses, lost wages, and emotional distress after having a child as a single mother. Doherty visited a community health center in 2012 to ask about birth control options. Her care provider recommended she receive the Implanon birth control implant. However, the device was not properly inserted, and she became pregnant the following year. In 2014, she gave birth to a baby boy she is raising as a single mother.

Doherty is asking for $250,000 in compensation from Merck and the owners of the clinic she visited. She alleges her provider was negligent in failing to explain the risks associated with the device and neglecting to check for proper insertion. Her medical malpractice suit also states that the implant itself is defective and puts women at risk.

Doherty was 21 at the time she gave birth. Raised by a single mother, she had requested the Implanon birth control implant because she wanted to delay childbearing until she was married and financially secure. She was attending college at the time she became pregnant, but she was forced to quit school due to the cost and time constraints associated with single parenthood. She now works part time at a grocery store and struggles to make ends meet.

Traditionally, a wrongful birth lawsuit is used to compensate parents who are not notified of their unborn child's severe birth defect or provided with incorrect information that leads them to continue a pregnancy they would have otherwise terminated. Doherty's son is healthy, but she's seeking compensation for the financial strain she's suffered due to the Implanon failure.

A motion to dismiss the case based on the unusual application of the wrongful birth statute has already been denied. If Doherty is successful, her case may set a new precedent for women who've become pregnant due to contraceptive failure.

In addition to the questions raised by Doherty regarding liability for a wrongful birth, Merck has already faced suits relating to disabling or fatal blood clots. Women over 35, smokers, and those with a past history of cardiovascular disease have been found most at risk for this adverse reaction.

If you believe you've suffered an adverse reaction associated with birth control or another defective medical device, retaining the services of a skilled attorney is a must. Call Neblett, Beard & Arsenault at 800.256.1050 for your free, no obligation consultation. You can also reach us online by completing our convenient contact form.