The Important Guide for Wisconsin Mesothelioma Sufferers and Their Loved Ones 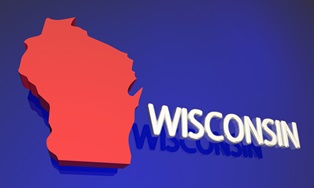 According to the Wisconsin Environmental Public Health Tracking Program, 1,542 new cases of mesothelioma were diagnosed in Wisconsin between 1995 and 2014.

The Centers for Disease Control and Prevention reports that 618 people died from mesothelioma in Wisconsin between 2001 and 2010 and that together, these people lost an estimated 8,334 years of living.

Given the significant consequences of this serious form of cancer, it's important for us to know more about it. Most mesothelioma cases are caused by asbestos exposure. As asbestos fibers are inhaled or ingested they damage tissue in the lungs, heart, stomach, and other organs. Mesothelioma may result decades later.

Often, mesothelioma isn't diagnosed until it's progressed beyond the point where current medical treatment can put cancer into remission. Thus, it's important to know if you may be at risk for developing mesothelioma and what to do if you're diagnosed with this type of cancer.

Asbestos exposure on the job is the most common cause of mesothelioma. Workers in a variety of industries may have breathed in or ingested the dangerous asbestos fibers. The same workers might have also unknowingly brought the fibers into their homes on their clothes, exposing their loved ones.

Paper production is an important industry in the Badger State. Some plants, such as the one located on Day Street in Green Bay, are more than 100-years-old and still operating in their original buildings.

Historically, asbestos was used in the paper industry in adhesives, to insulate machinery, and to assist the drying process. Workers and their loved ones may have been exposed to asbestos for decades at Wisconsin paper plants such as:

Power companies across the country often used asbestos as insulation. In Wisconsin, this includes:

Wisconsin’s location on Lake Michigan and Lake Superior launched many shipbuilding endeavors. Naval workers frequently came in contact with asbestos, as it resists high temperatures and corrosion, so it was used to insulate water and steam pipes, boilers, and incinerators. In fact, some statistics indicate that one in 500 shipyard employees worked directly with asbestos, and other positions at risk include painters, electricians, machinists, and pipefitters.

Some of the Wisconsin shipyards where exposure was high include:

Vermiculite is a naturally-occurring mineral used in insulation and fertilizer. Unfortunately, some vermiculite is contaminated with asbestos. People who worked with vermiculite at the following Wisconsin businesses could have been exposed and may be at risk of developing mesothelioma and other asbestos-related diseases:

Other companies also put Wisconsin workers at risk. For example, Plastic Engineering (also known as Plenco) used asbestos in the plastic moldings made at its Wisconsin plant from 1950-1983. Hundreds of people reportedly developed cancer after asbestos exposure at Plenco. Additionally, metal workers at the Ladish Company may have also been exposed.

No matter where you were exposed to asbestos, you need the right medical treatment if you have any symptoms of mesothelioma. They include:

These symptoms may be indicative of mesothelioma or other serious health conditions, so it's important to see a doctor for an accurate diagnosis as soon as possible.

In Wisconsin, the following cancer centers are available for your care:

Additionally, you may decide to seek an appointment with a mesothelioma oncologist such as Drs. David Johnstone and Mario Gasparri at Froedtert Hospital and the Medical College of Wisconsin in Milwaukee; or Dr. H. Ian Robins at the University of Wisconsin Carbone Cancer Center in Madison.

You can choose to join a general cancer support group that’s close to home, or you can join an online or phone-based mesothelioma support group to connect you with other people around the country.

Some of your specific options include:

There are also support groups for caregivers and loved ones.

Your time to file a mesothelioma lawsuit in Wisconsin is limited by state law. According to the statute of limitations, you have three years from the time of diagnosis (or the time that you should have received a diagnosis) to file a case. While statutes of limitations are always important, this timeline is particularly critical in mesothelioma cases, when the cause of your cancer likely happened decades before diagnosis. Fortunately, Wisconsin law still allows you to file.

While it's possible for you to file a lawsuit, gathering evidence and proving your claim can be challenging. Our experienced mesothelioma lawyers know what evidence to look for, how to get it, and how to protect your rights so you can get a full and fair recovery.

We understand you're going through a difficult time. We're here to help protect you and your family. There are no upfront legal fees. Instead, we'll work on a contingency fee basis and be paid a percentage of your settlement determined in advance of the award.

Start learning more now by reading a free copy of our report, Understanding Your Rights After a Mesothelioma Diagnosis, or contacting us directly to schedule a free, no-obligation consultation.