How Mesothelioma Patients in Washington State May Have Suffered Asbestos Exposure 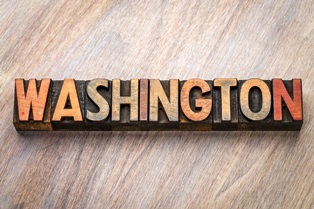 If you were recently diagnosed with mesothelioma in the state of Washington, you’re not alone. The state is ranked ninth in the nation for asbestos-related deaths, with more than 1,500 people losing their lives to asbestosis or mesothelioma between 1999 and 2013. The Pacific Northwest was formerly a hotbed of asbestos before regulations began in the 1980s, and many workers in industrial careers suffered occupational exposure that just now presents symptoms.

If you were diagnosed with mesothelioma, it's vital that you speak to an attorney who has experience handling of asbestos lawsuits. Contact the mesothelioma attorneys at Neblett, Beard & Arsenault today, or learn more about options in our free ebook, Mesothelioma and Your Legal Rights.

Malignant mesothelioma has only one cause: asbestos exposure. Asbestos is a naturally-occurring mineral that may be inhaled or ingested, irritating the lining of the lungs and other organs. People can suffer low-level exposure nearly anywhere the mineral is present, but mesothelioma is typically caused by high levels of exposure—such as working with asbestos materials for a significant length of time.

The most common industries known to expose workers to asbestos include:

While mesothelioma patients in Washington are close to some of the most respected cancer centers in the nation, treatment in these facilities can be extremely expensive. Fortunately, a successful mesothelioma claim can hold a former employer liable for the costs of your medical care, as well as the costs of travel to see the specialist of your choice.

Time Limits on Filing an Asbestos Claim in Washington

Although three years may seem like a long time, it's best to investigate whether you could be owed compensation as quickly as possible. One reason is the factors of your case can affect which state’s statute of limitations applies to your claim, such as the location of the asbestos company and the worksite where your exposure occurred. It can also take some time to track down the most likely place where you first suffered exposure, especially if you have a long work history or some companies are closed.

If you're struggling after a mesothelioma diagnosis, we can fully investigate the claim on your behalf. We don't collect any fees until we win your case. The asbestos attorneys at Neblett, Beard & Arsenault work on a contingency fee basis, and with our free consultation service, it won't cost you anything to learn more about your options.

Contact us online or call us directly at 318.588.6303 to schedule your free consultation.