Your Simian Virus 40 Exposure Is Relevant to Your Mesothelioma Claim 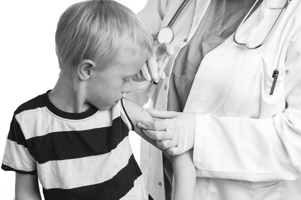 Simian Virus 40 Is One of Those Viruses. Who Was Exposed?

Prior to 1955, tens of thousands of children contracted polio each year, thousands were left paralyzed, and thousands died from the disease. Polio was a serious and contagious disease that needed to be stopped.

On February 23, 1954, the first polio vaccine was administered in the United States. Widespread vaccinations became available in 1955 and were overwhelmingly successful in preventing this dangerous disease. By 1979, polio had been eliminated in the United States and any cases of polio in the U.S. were contracted in other countries. This was undeniably a positive outcome.

However, the polio vaccine was not without risks.

In 1960, simian virus 40 (SV40) was discovered in rhesus monkey kidney cells—the same cells that were used to develop the polio vaccines that had already been given to millions of children in the United States. In 1961, the U.S. government required that all new polio vaccines be free from SV40, but it did not require that vaccines that could potentially contain the virus be removed from the market. Accordingly, it is estimated that 80 to 90 percent of people who were under the age of 20 between 1955 and 1963 received a polio vaccine that may have been contaminated with the SV40 virus. In total, this means that as many as 30 million people had been exposed.

The SV40 Virus May Lead to Mesothelioma

In the early 1960s, researchers found that SV40 could encourage tumor growth in humans. However, it wasn’t until 1994 that DNA sequences consistent with SV40 were found in mesothelioma samples.

Since that time researchers have been looking at whether SV40 causes mesothelioma. As of 2018, the research is not conclusive, but it certainly concerning. For example:

While the studies above suggest a connection between SV40 and mesothelioma, other studies have found that the cancer rate for children who received the polio vaccine between 1955 and 1963 is not higher than the cancer rate for the rest of the population. Additionally, a study funded by the National Cancer Institute found no traces of SV40 in any of the mesothelioma samples it tested.

The American Cancer Society suggests that we won’t know how, or if, SV40 contributes to mesothelioma until the children who were vaccinated between 1955 and 1963 reach the prime age for mesothelioma diagnoses—which is between ages 50 and 70. Infants who were given their first doses of the polio vaccine between 1955 and 1963 would reach these ages between 2005 and 2033.

What You Can Do If You Are Diagnosed With Mesothelioma

Mesothelioma is a serious form of cancer that is almost always caused by exposure to asbestos or something else something else such as the SV40 virus. You may have a legal claim and you may be able to make a fair recovery if you can prove what caused you to develop this deadly disease.

This may be difficult to do, especially if the cause of your mesothelioma is not limited to asbestos. If you have been exposed to the SV40 virus, then it is important to talk to an experienced mesothelioma lawyer about your rights. Your time to take legal action is limited. Accordingly, we encourage you to contact us online or by calling us directly at (318) 541-8188 to learn more about your rights and about what you can do to give yourself and your family the peace of mind that everything that can be done is being done to protect your legal and financial recovery.

We work on a contingency fee basis, which means we don't charge for our services until after your claim is settled. Our fee is based upon a percentage of your settlement, so there are no upfront costs required for you to get the legal help you need.