Understanding Why Teen Drivers Are Dangerous

Due to their inexperience on the road and poor decision making skills, teen drivers are involved in serious auto accidents at a significantly higher rate than older drivers. If you or someone you love have been injured in an accident caused by a negligent teen driver, compensation is available. 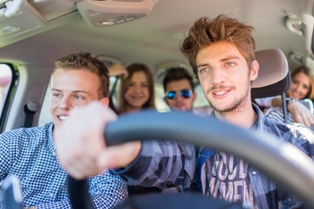 The following statistics from the Centers for Disease Control and Prevention (CDC) illustrate some of the dangers associated with teen drivers:

Experience behind the wheel helps develop careful and responsible driving decisions. However, inexperience isn’t the only reason teen dangers are a risk on the roads. The following four key factors play a role in the high rate of injuries from accidents involving teen drivers:

Despite their youth, teen drivers are held to the same standard as other motorists. They are expected to know and follow the rules of the road, using reasonable care to prevent injuries to themselves and others. When they are at fault for an accident, they're responsible for medical expenses, lost wages, and the pain and suffering of any injured persons.

However, cases involving teen drivers are somewhat unique because parents can also be held liable for damages. According to what is referred to as the Family Car Doctrine, parents share legal responsibility for damages in accidents caused by teen drivers. Vicarious liability may still exist even if a teen driver is not currently under the parents’ insurance policy.