Talcum powder has been a consumer product used on babies and adults for years in households across the U.S. Although it was considered a harmless product, since 1971, talcum powder has been linked to an increased risk of ovarian cancer. Specifically, Johnson & Johnson’s Baby Powder and Shower to Shower products have been the focus of multiple complex litigation lawsuits from women who used these products. More recently, some reports suggest that talcum powder, which was often mined in conjunction with asbestos, may also cause mesothelioma, or a rare, aggressive and incurable form of lung cancer that attacks the outer lining (mesothelium) of the lungs. 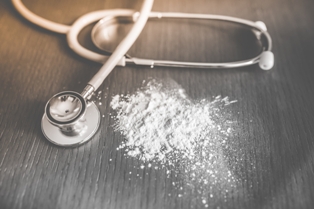 What Is Talcum Powder and Why Is it Dangerous?

Talcum powder is found in a number of cosmetic products, including baby powder and adult body or facial powders. It is made from talc, a mineral composed of magnesium, silicon, and oxygen. However, not all brands of baby powder contain talc. Many companies now make their products using cornstarch, arrowroot, and other natural ingredients with no known safety issues.

Talc absorbs moisture and helps cut down on friction, which keeps the skin dry and prevents rashes. Occasional use of talcum powder has not been conclusively proven to cause harm, but there is growing evidence that women who use talcum powder in the genital area on a regular basis face an increased risk of developing ovarian cancer. Research has found that talc can travel to the ovaries and cause inflammation, and talc particles have been found inside cancerous ovarian tissue in some patients.

A 2013 analysis of over 8,500 cases and 9,800 controls found a 25 percent increase in ovarian cancer among women who regularly applied talcum powder to the genital area, even though there was no increase in risk among women who applied powder only to other areas of the body.

Why Johnson & Johnson Is at the Center of the Lawsuits

Talcum powder products are manufactured by many different companies, but Johnson & Johnson is at the center of this controversy because Johnson’s Baby Powder and Shower to Shower are the highest selling products of their type.

There is also evidence in the form of internal company documents indicating Johnson & Johnson was aware of the link between talcum powder and ovarian cancer risk as early as 1971 but tried to suppress this information and avoid responsibility. The company made no effort to warn or protect consumers of the risk and continued to market its products to adult women as a feminine hygiene aid.

In 2013, South Dakota resident Deane Berg won her claim against Johnson & Johnson. Berg had been diagnosed with ovarian cancer in 2006 and used the company's baby powder for three decades. Her doctors provided evidence of the link between talcum powder usage and her cancer by stating that talc particles were embedded in her cancerous tissues. Berg was not awarded financial damages, but her case paved the way for other litigation.

In May 2016, Johnson & Johnson was ordered to pay $55 million to Gloria Ristesund. After using Johnson & Johnson's Baby Powder for decades. Ristesund was diagnosed with ovarian cancer. She underwent a hysterectomy and related surgeries, but her cancer is now in remission.

In May 2017, a jury awarded $110 million to Lois Slemp, who alleged that her regular use of Johnson’s Baby Powder and Shower-to-Shower products over a 40-year span caused her to develop ovarian cancer, which then spread to her liver. Talc cases have been filed throughout the country in both state and federal courts. Federal cases have been centralized for pretrial discovery in MDL 2738, pending before Judge Freda Wolfson in the United States District Court for the District of New Jersey. Numerous other cases are pending in states courts in Louisiana, Missouri, California and many other states. There are thousands of pending lawsuits related to talcum powder usage, ovarian cancer, and mesothelioma.

Are You Eligible to File a Claim?

The skilled attorneys at Neblett, Beard & Arsenault are dedicated to protecting the legal rights of patients who’ve been harmed by manufacturers who knowingly continued to distribute dangerous products. Schedule a free consultation to learn how we can be of assistance.