The 6 Different Kinds of Asbestos Present the Same Health Dangers

All asbestos is dangerous, but not all asbestos is the same. Asbestos is a term that includes six different types of minerals. These minerals have distinct characteristics and different uses. However, they all have one thing in common: they can all cause asbestos-related diseases such as mesothelioma and lung cancer. 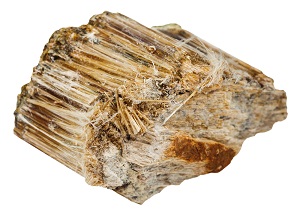 The Different Types of Asbestos

Ninety-five percent of asbestos that has been used around the world is chrysotile. Due to the health dangers associated with this widely used form of asbestos, some countries have banned its use and others permit some controlled use of it. In the United States, the use of chrysotile and other forms of asbestos is regulated, but it is not banned.

While the different types of asbestos are not readily apparent to the naked eye, they can be identified by experts with the aid of a microscope.

The Common Dangers Caused by All Six Types of Asbestos

There is no known amount of any type of asbestos that is safe.

Regardless of which type of asbestos you were exposed to and how much of it you inhale, you may develop a serious asbestos-related illness such as:

If you have suffered one of these illnesses because of asbestos exposure, then your time to take action is limited.

Our experienced asbestos injury lawyers can help you make a fair recovery. We work on a contingency fee basis, which means we don't charge for our services until after your claim is settled. Our fee is based upon a percentage of your settlement, so there are no upfront costs required for you to get the legal help you need.

Act now to get what you deserve. Simply contact us online or call us directly at (318) 541-8188 to schedule a meeting about protecting your fair compensation.