Drunk driving is a serious public safety hazard. Those who are injured in car accidents caused by a drunk driver can seek civil compensation for their accident-related expenses in addition to the criminal charges the driver will face. 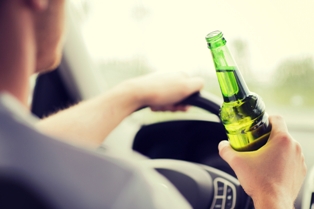 It's a common misconception that only teens and young adults drink and drive. The rate of drunk driving is highest among people ages 26 to 29, but drivers often continue this behavior throughout their lifetime. An average drunk driver has driven while intoxicated 80 times before the first arrest, and up to 75 percent of people continue to drive even after their license has been suspended.

Drunk driving crashes are most likely to occur at night and on the weekend. Holidays such as New Year's Eve and the Fourth of July are also popular times for this type of auto accident.

Every state makes it illegal to drink and drive, but penalties for doing so vary. In Louisiana, the legal Blood Alcohol Concentration (BAC) for underage drivers is 0.02 percent. For adult drivers, it's 0.08 percent. With a BAC of 0.15 percent or higher, drivers face added penalties.

A driver's BAC depends on gender, weight, and the type of alcohol consumed. However, as a general rule of thumb, the body metabolizes about one drink per hour. A drink is defined as 1.25 ounces of 80 proof liquor, 12 ounces of beer, or 5 ounces of table wine.

Those who are found guilty of driving while intoxicated may:

Louisiana is one of the many states that has an implied consent law. If a driver is arrested with reasonable suspicion that he's been drinking, it's assumed that he has consented to taking a chemical test of blood, breath, or urine to determine his BAC. A driver who refuses testing can still be charged with a DWI, since the prosecution can argue the driver’s refusal was due to his knowledge that he was over the legal limit for alcohol consumption.

Protect Yourself After a Drunk Driving Accident

If you've been involved in a collision with a drunk driver, the driver will face criminal charges due to his negligence. However, you may also pursue civil damages.

To pursue civil damages, you'll need to prove the driver was intoxicated and that this negligence caused your injuries. This can be accomplished in several ways:

A driver who has been drinking but has a BAC below the legal limit is still held responsible for civil damages. It's well accepted that any amount of alcohol consumption affects a person's judgment, reaction time, and ability to focus on both the road ahead and other vehicles.

It's possible to settle minor accident claims without an attorney, but legal representation is a must when you've been seriously hurt by a drunk driver. A personal injury attorney can explain insurance laws to you and help negotiate a favorable settlement.

Those who've been injured by an intoxicated driver are entitled to compensation for: