Your Danger of Developing Mesothelioma From Your Job in West Virginia

Mesothelioma is a deadly form of cancer caused by exposure to asbestos. When tiny asbestos fibers are released into the air, they can be swallowed or inhaled. Once in the body, they become embedded in the mesothelium, which is the lining covering the heart, lungs, abdomen, and other vital organs. As a result, aggressive cancer cells develop. It can take 20– 50 years for symptoms to emerge and a diagnosis to be made. Unfortunately, treatment options are often limited by this point. 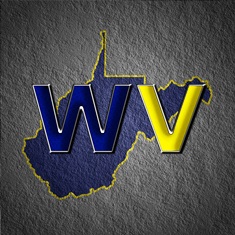 If you have mesothelioma, it may be due to asbestos exposure at your workplace in West Virginia.

The experienced mesothelioma attorneys at Neblett, Beard, & Arsenault are ready to aggressively fight for the compensation you deserve for your illness.

High-Risk Industries in WV Where Workers Were Exposed to Asbestos

Asbestos was widely used in commercial and residential products due to its strength, heat resistance, and other properties. It was a prevalent material from the late 1950s until the early 1980s. While its current use is limited, asbestos can be found in many homes, businesses, and other properties that were built prior to the 1980s, when reports of its cancer-causing properties surfaced. Workers in these structures are still in danger if they're not wearing appropriate safety gear.

Even when asbestos use was common, many preventable illnesses could have been avoided if employers took safety precautions to reduce their workers’ vulnerability to this toxic substance. In addition, many employees’ families were also exposed when workers brought home asbestos on their clothing, and may also be entitled to compensation if they developed this mesothelioma.

There's not a known natural occurrence of asbestos in the Mountain State. However, West Virginia is one of a number of top states where the mortality rate from mesothelioma exceeded 16.6 people per million from 1999 through 2015. Hancock and Wood counties were some of the counties with the highest rates of death from mesothelioma in the 1990s.

Many West Virginia industries put workers at high risk of asbestos exposure. These include:

West Virginia has a number of industry sites added to the Environmental Protection Agency (EPA) Superfund list. This action forces parties responsible for environmental contamination to either clean up the area or reimburse the U.S. for EPA-led cleanups. Two were included on the list where asbestos was a concern:

Workers in other industries also contracted mesothelioma, including:

Where to Get Treatment for Mesothelioma in West Virginia

Because mesothelioma is almost always fatal and is a rarer form of cancer, you may need to obtain care from a medical center that specializes in the treatment of this disease. The Mary Babb Randolph Center at the West Virginia University School of Medicine in Morgantown specializes in the treatment of mesothelioma, lung cancer, and thoracic cancers.

Doctors who treat mesothelioma patients in West Virginia include:

You may also want to consider a medical center in another state that specializes in the treatment of mesothelioma, or to participate in a clinical trial. Some of the top cancer centers in the U.S. that treat this form of cancer include:

While traveling to a treatment facility may be costly, you can't afford to try everything you can to battle your disease. In addition, you may be able to recover these additional medical and travel expenses from your employer or other negligent party responsible for asbestos exposure.

If you developed cancer due to asbestos exposure in West Virginia, you need to obtain the assistance of an experienced mesothelioma attorney as soon as possible. This is crucial so that you don't miss the statute of limitations—the time limit for filing your lawsuit—which is two years from the date of your diagnosis or the death of a loved one under West Virginia law. It's best to hire a lawyer even earlier so he can build a stronger claim for compensation and identify the potential negligent parties responsible for swift compensation.

Our experienced and compassionate legal team understands how devastating it can be to learn you have mesothelioma, and are ready to help fight for the financial recovery you deserve. We're happy to make it easier to file a claim by coming to you. This way, you can focus on your health while we take over the burden of pursing your legal rights. We handle these cases on a contingency fee basis. This means you won't owe us up-front costs, and we only receive compensation when we settle your claim.

Contact us online or call us directly at 318.588.6303 to schedule your free consultation.