Radiation Treatment for Cancer May Cause Malignant Mesothelioma

Asbestos is the best-known cause of mesothelioma. By far, the majority of people who have mesothelioma have been exposed to asbestos. However, asbestos is not the only risk factor for developing mesothelioma. According to the American Cancer Society, there are other risk factors that could lead to the development of this dangerous form of cancer.

Radiation Is One of Those Risk Factors 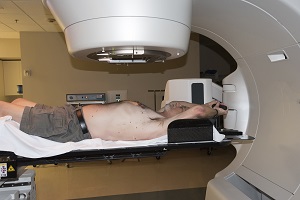 Radiation treatment is the recommended treatment for some forms of cancer. Reports indicate that mesothelioma has developed in some patients when radiation is used to treat cancers of the chest and abdomen. While the overall risk of developing mesothelioma from cancer treatment radiation is small, mesothelioma is such a serious form of cancer that this risk is important to understand.

The report on these four patients included that five other patients with radiation-associated mesotheliomas had been previously reported, bringing the total to nine known patients by 1983. This led researchers to conclude that radiation is a cause, albeit an uncommon cause, of mesothelioma.

Mesothelioma May Be a Risk From Radiation Treatment for Lymphoma

By 2009, the American Society of Hematology was reporting about the risk of mesothelioma after radiation treatment for Hodgkin Lymphoma. In a study published in the organization’s journal Blood, researchers reported on the risk of mesothelioma in a group of 2,567 five-year survivors of Hodgkin lymphoma. The researchers found that the risk of developing mesothelioma was almost 30 times higher for patients who had received radiation to treat Hodgkin lymphoma than it was for the general population. The researchers concluded that the evidence that radiation therapy could cause mesothelioma—independent of any exposure to asbestos—was growing, but that because of the small number of people involved in the study the evidence was not yet conclusive.

Radiation may be a necessary treatment to save your life if you have Hodgkin lymphoma or another form of cancer, and the overall risk of developing mesothelioma remains relatively low. However, it is important to make sure that all of your doctors know that you’ve received radiation therapy and to promptly report any symptoms of mesothelioma to your doctors for evaluation and treatment.

What to Do If You Get a Mesothelioma Diagnosis

We understand that a mesothelioma diagnosis is devastating. While the survival rate is lower than it is for other forms of cancer, there are things that you can do. You don’t have to give up.

Instead, you can talk to your doctors about your medical options. Surgery, radiation, and chemotherapy may be options that could extend your life depending on the location of your mesothelioma and the stage at which your cancer is diagnosed. Other options like clinical trials and alternative therapies may also be suggested for you. Additionally, your medical team will talk about how to make you as pain-free as possible so that you can continue to live your life on your own terms even after a mesothelioma diagnosis.

You should also talk to an experienced Mesothelioma attorney about your legal options. You may have the right to take legal action, but your time to do so is limited by law. Please contact us online or call us directly at (318) 541-8188 to ensure all of your rights and all of your potential compensation are protected.

We work on a contingency fee basis, which means we don't charge for our services until after your claim is settled. Our fee is based upon a percentage of your settlement, so there are no upfront costs required for you to get the legal help you need.