Although it's not a requirement to retain legal representation when filing a personal injury claim as an injured passenger in a car accident, a lawyer's services can prove helpful if you were injured while riding with a drunk driver. These claims tend to be more difficult to settle than those involving other types of accidents, so it's in your best interest to contact an experienced personal injury lawyer as soon as possible. 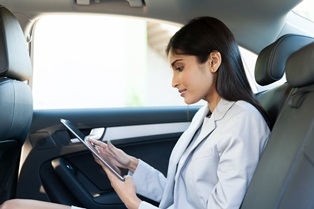 If you want to file a claim against a drunk driver, there are three guidelines you need to know when determining if someone is considered legally intoxicated:

Blood alcohol levels depend on a number of factors, including gender, weight, and whether a person has been drinking on an empty stomach. However, three to four drinks within a two-hour timeframe will put the majority of men and women at or above .08. Even one drink will put most people above the .02 level set for drivers under age 21.

Seeking Compensation as an Injured Passenger

If you're involved in a car accident as a passenger, the typical course of action is to pursue a claim against the at-fault driver's insurance policy. This may be the person you were riding with, the driver of the car that hit you, or both parties if they are found to have partially contributed to the accident. Louisiana's statute of limitations gives you one year from the date of the accident to file your personal injury claim.

Passenger injury claims are normally straightforward because a passenger has no control over the vehicle and, thus, is unable to cause a crash. However, your case can become more complicated if you were riding in a car with a drunk driver.

Many car insurance policies specifically exclude coverage for accidents caused by drunk driving and other forms of intentional conduct. This would mean, you'd need to file a claim seeking compensation from the driver's personal assets or your own underinsured/uninsured motorist coverage.

If the at-fault driver's auto insurance policy does allow coverage for drunk driving accidents, the company may argue that you assumed the risk of injury by voluntarily getting into the vehicle with someone you knew or should have known was intoxicated. This can result in your claim being denied or your settlement being reduced.

If the at-fault driver was operating a vehicle that you owned, you may be able to file a claim against his auto insurance policy or the bodily injury coverage portion of your own policy. However, the fact that the driver was intoxicated is still likely to cause difficulty processing your claim.

Neblett, Beard & Arsenault Can Protect Your Right to Compensation

Although you are not legally required to be represented by a lawyer in a personal injury claim, having someone to advocate for your interests is the best way to protect your right to a fair settlement. Louisiana personal injury law is quite complex, especially when drunk driving is involved.