Oregon Asbestos Exposure and the Risk of Mesothelioma 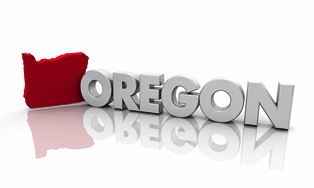 Mesothelioma is primarily caused by asbestos exposure and it's almost always fatal. Most people suffer because of inhaling or ingesting the toxic fibers.

It's important to know if you're at risk of developing this serious form of cancer, how to get the medical help that you need, and how to protect your legal rights in Oregon.

Where You May Have Been Exposed to Asbestos in Oregon

Over the past century, many workers and their loved ones were exposed to asbestos in Oregon.  The state has natural deposits of asbestos that were mined at the Mount Vernon deposit in Grant County, the Raspberry Creek deposit in Jackson County, and the L.E.J. Asbestos mine in Josephine County. But the majority of asbestos exposure still occurs on the job or when workers bring home asbestos fibers on their clothing or body.

Asbestos is able to withstand extreme heat and chemical reactions. As a result, it was often used in chemical plants such as:

Asbestos was often part of the equipment used to manufacture metals, and workers at the following Oregon metal works facilities may have been exposed:

Oregon’s natural forests make lumber and paper manufacturing a successful industry for the state. Historically, asbestos was often found in the equipment used in these industries, and workers could also be exposed to the mineral at facilities such as:

Oregon’s location on the Pacific coastline makes shipbuilding a popular industry in the state. For many years, asbestos was routinely used on ships, and workers on the following jobsites were likely exposed:

This list of locations isn't inclusive. Asbestos was also used by other employers in these industries. Thus, anyone who worked in similar companies or subsidiaries, or who lived with someone at risk for exposure because of employment, should be aware of the hazards; symptoms of mesothelioma; and of how to get prompt medical care close to home.

The area north of Klamath Falls was used as military barracks during World War II. After that, it was the campus of Oregon Tech, and then it became a residential subdivision.

However, when the military barracks were demolished, the released asbestos fibers contaminated the site. In 2011, the Environmental Protection Agency added North Ridge Estates to the National Priorities List of Superfund Sites. The agency developed and implemented a multiyear cleanup plan.

Where to Get Medical Treatment for Mesothelioma in Oregon

The early symptoms of mesothelioma may be subtle and easily confused for indicators of other medical conditions. However, if you or someone you lived with worked for any of the industries listed above, or had the possibility of exposure through home or school environments, seek medical attention for any coughing, chest pain, fatigue, or other symptoms you experience.

Some of the hospitals in Oregon that provide mesothelioma treatment include:

Some of the doctors who treatment mesothelioma patients include:

Your emotional wellbeing is also important. From your home in Oregon, your mesothelioma support group options include groups that meet through:

You can also join a group by telephone or online. Some of the organizations that run these types of groups include the Mesothelioma Foundation, the Cancer Support Community, and MD Junction.

How to Get Legal Help if You Have Mesothelioma in Oregon

Accordingly, it's important to speak with an experienced mesothelioma lawyer as soon as possible about your rights and potential legal recovery.

Mesothelioma rarely occurs without asbestos exposure. Our lawyers will investigate how and where your contact occurred; and work hard to hold the right parties accountable for your illness. When you decide to hire us, you won't owe us any upfront legal fees. Instead, we're paid after your claim is resolved.

To learn more about your rights, please download a free copy of our book, Understanding Your Rights After a Mesothelioma Diagnosis. When you're ready to seek justice, please contact us online or call us directly at 318.588.6303 to schedule a free, no-obligation consultation.