Asbestos Exposure and Mesothelioma in Oklahoma

Mesothelioma is known as an aggressive cancer that affects the mesothelium tissue surrounding some of the body’s vital organs. Usually, mesothelioma starts in the pleura—the chest lining—and then spreads. The only established cause of this mesothelioma is exposure to asbestos.

Asbestos is a group of six types of minerals, and deposits are found all over the world. It is a common substance made of fibers that are especially strong and resistant to heat. Used 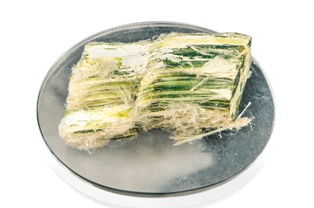 in thousands of products, including floor tiles, water pipes, brake linings, roof shingles, paper, and ropes, asbestos has been part of ordinary, everyday merchandise and used by many industries for over 4000 years.

But although asbestos was once considered a “magical mineral,” the link between the substance and mesothelioma was discovered in the 1930s. People who worked with asbestos-containing products or in environments where asbestos was disturbed could be exposed to the fibers by inhaling or ingesting them. Additionally, workers often brought the fibers home on their clothing, exposing members of their families to it. Once these fibers make it to the lungs or into the digestive tract, they can cause severe health issues later on.

Asbestos Exposure and Mesothelioma in Oklahoma

Although there are no asbestos mines or deposits in Oklahoma, the state is known for agriculture and natural gas production, and both industries have noted problems with asbestos exposure. Oklahoma is ranked 32nd in the United States for asbestosis and mesothelioma deaths. Work environments that may have exposed workers to asbestos include:

Several different power companies provide power to Oklahoma residents and the state’s industries. During the power-production process, many of these energy corporations have used asbestos and exposed their employees to asbestos-containing materials. Garson Light & Power Company, Gas and Electric Company, and Ponca City Municipal Electric System all have been known to expose workers to asbestos.

Agriculture is an important industry in Oklahoma, and the state relies on it to maintain its economy. Farmland Industries, which was once the largest agricultural cooperative in America, exposed many of its Oklahoma workers to asbestos. Many of the machines in mills and food factories used asbestos when processing crops. One of these factories was Acme Flour Mills located in Oklahoma City. Also known to have exposed people to asbestos was The Oklahoma Agricultural and Mechanical College in Stillwater.

Oklahoma is a major producer of natural gas and oil. In 1897, Oklahoma saw its first commercial oil well. By 1901, Tulsa was known as the “Oil Capital of the World,” and over 70 of Oklahoma’s 77 counties still have wells that produce oil. In time, natural gas was discovered as a resource when a natural gas well was ignited by a lightning strike. It created a flare that people could see for 35 miles. Because asbestos is heat resistant, it was used at these wells to help prevent fires. Many employees who worked at the wells were exposed to asbestos. Texaco, Conoco, Phillips Petroleum, and Champlin Oil & Refining may have exposed its workers to asbestos.

The United States military has used asbestos at most of its military bases and in nearly all of its ships, aircrafts, and land vehicles. In Oklahoma, three of those military bases are known to have exposed service personnel, their families, and civilian employees to asbestos: The U.S. Naval Ammunition Depot in McAlester, Fort Sill Army Base in Lawton, and Tinker Air Force Base in Oklahoma City.

Other Companies, Occupations, and Industries Putting Workers at Risk

There are other industries that may have exposed workers to asbestos, including:

The biggest airline maintenance base worldwide is found in Tulsa. Because asbestos is found in gaskets, valves, insulation, and brakes, many workers in this industry have faced extreme levels of asbestos exposure.

Between 1948 and 1993, W.R. Grace and Company shipped asbestos-containing vermiculite to many cities in America. Employees who helped process these shipments may have experienced asbestos exposure.

Over 12 locations in Oklahoma have been put on the Environmental Protection Agency’s (EPA) Superfund list—land that has been designated as contaminated by hazardous waste and requires cleanup because there is significant risk to the environment and to humans. Most of these sites are related to the oil and natural gas industries, including:

This 200-acre area was added to the Superfund list because the soil is contaminated with oil. However, the EPA reported that “loose and friable asbestos-containing material” also contaminated the property.

Also added to the list, this refinery contaminated groundwater and the soil with oil and chemicals used in the refining process. The EPA also found asbestos insulation that required abatement. After 14 years on the list, the EPA removed it after a successful cleanup.

Located in Cyril, this 160-acre superfund site was contaminated by oil, and response efforts demolished many of the structures and buildings on this land which contained asbestos materials.

If you’ve been diagnosed with mesothelioma, it’s important to work with doctors who understand this disease and can provide the best medical treatment available. There is one major treatment center in Oklahoma that may be able to help:

If you were exposed to asbestos in Oklahoma and diagnosed with mesothelioma, you may be eligible for compensation. Oklahoma has a two-year statute of limitations for mesothelioma patients to file a lawsuit. If family members want to file a wrongful death claim, they have two years from the date of death. Getting help from an experienced mesothelioma attorney is critical to meet these deadlines.

Contact Neblett, Beard & Arsenault to handle your case. We work on a contingency fee basis—which means that you owe no out-of-pocket expenses and only owe attorney fees when we settle your claim. To learn more about our experience in these cases and your legal options, contact us online or call our office directly at 318.541.8188 to schedule a free, no-obligation consultation.