Members of the 199th and their families gathered at the Best Western Conference Center together for a night of comradery, recognition, and 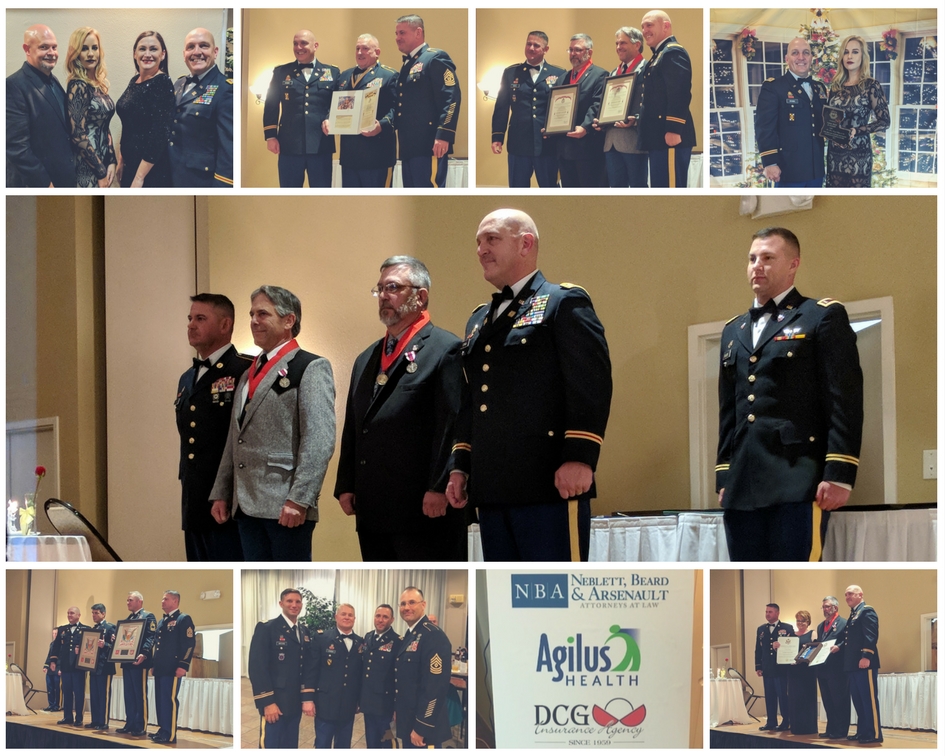 excellent food. Neblett, Beard & Arsenault has sponsored the event for several years in a row, and was proud to receive a plaque at the event commemorating the appreciation of the 199th for NBA’s yearly support.

The evening began with the posting of the colors and the National Anthem. Lieutenant Colonel Marc Prymek then presided over the awards ceremony, where several officers were awarded for various honors earned throughout the year, and their careers. Later, a respectful silence fell as the room gave a toast to fallen comrades, and reflected on the selfless sacrifices made by all who served.

Dinner was a delicious roast with steamed veggies and Cajun chicken pasta, followed by a caramel cheesecake that everyone enjoyed. The ceremony was concluded with a recognition of the sponsors, Neblett, Beard & Arsenault included.

The firm is pleased to have once again sponsored such a fantastic event, and to be a part in honoring the service and sacrifice of the brave men and women who dedicate their lives to our country. Said Lieutenant Colonel Prymek, “Thank you, NBA, for your support throughout the years.”