Information and Help for Montana Residents Suffering From Mesothelioma

The connection between asbestos exposure, lung disease, and mesothelioma has been known for a long time, and the residents of Montana have felt the pain of that connection. Asbestos is the cause of what some have called the worst man-made natural disaster or largest mass industrial poisoning in American history, in Libby, Montana.

If you’ve been diagnosed with mesothelioma, it’s important to know the facts about this disease, including the sources of asbestos exposure in the state and where you and your family can begin seeking treatment and support. 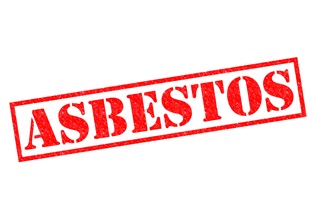 About Mesothelioma and Asbestos Exposure

Asbestos is a naturally occurring mineral found in the earth. It is actually a term used for several types of silicate-based minerals such as chrysotile, tremolite, amosite, and crocidolite. These minerals are made of thin fibers that can be easily separated and used for many commercial and industrial purposes, mainly because they’re excellent insulators against heat and fire and are resistant to many types of chemicals.

The problem with asbestos fibers is that they are both fragile and light, meaning they can easily break or be pulverized into a fine dust that hangs in the air and can even be carried by wind for quite a distance before settling, contaminating large areas quickly. Asbestos also does not break down easily in the environment, which means that asbestos fiber can be dormant for years or even decades until disturbed.

Usually, exposure to asbestos fibers happens by inhalation. When asbestos enters the lungs, it embeds itself and does not break down or get expelled, which can lead to numerous complications, especially if there is repeated exposure. Asbestosis is a debilitating and potentially lethal disease that can result from inhaling the fibers, causing scarring of the lungs and difficulty breathing. It also greatly increases the chances of developing mesothelioma.

Mesothelioma is both aggressive and deadly. Although it can take decades for it to appear, once diagnosed, those with the disease face a very low survival rate beyond two years. Like many types of cancer, early detection can make a difference, but in the case of mesothelioma, the difference it makes is relatively small.

Montana has a relatively low population, so many of the Eastern rural stretches of the state have been unaffected or only lightly affected by asbestos exposure. However, many areas in the state, particularly in the Southern and Northwestern regions, have faced a level of asbestos-related disease to rival any public health crisis in America.

The town of Libby, Montana was known for its vermiculite mines. The nation’s largest vermiculite mine near Libby first opened in 1919 and was purchased by W.R. Grace & Company in the 1960s, continuing to operate until 1990.

For decades, much of the town’s economy was based on the mining and refining of this mineral—vermiculite that was heavily contaminated with tremolite asbestos. Asbestos and asbestos-contaminated materials were used throughout the town, including in donations the company made to build school running tracks, an ice rink, and two baseball fields. Thousands of residents were exposed to asbestos, leading to over 200 deaths by asbestos-related diseases in Libby alone, with more cases being diagnosed on a regular basis. Many sites associated with the mine have since been placed on the Environmental Protection Agency’s Superfund site list as contaminated and in need of cleanup.

Montana Industries That May Have Exposed Workers To Asbestos

Asbestos was popular for use in refineries as an insulation material and in protective equipment worn by refinery employees. Laurel Oil and Refining Company, Conoco Oil Refinery, Farmer’s Union Co-Op Oil, and other similar companies are known to have used and exposed workers to asbestos.

Certain agricultural businesses have also used asbestos, especially in the process of refining the sugar from sugar beets, a major crop in Montana. Billings Sugar Company, Holly Sugar Company, and Amalgamated Sugar Company are all known to have had asbestos-related problems.

Power plants have a long history of using asbestos, not only because it’s fire and heat resistant, but also because it’s a good electrical insulator. Multiple power plants in Montana are known to have exposed workers to asbestos, including the Helena Power Transmission Company and Montana Power & Light.

Many other industries and occupations have been affected by asbestos exposure as well, including steel mills, lumber mills and paper processors, auto repair technicians, and those who have served in the armed services.

Although there is no cure for mesothelioma, treatment can increase both lifespan and quality of life. There are many doctors in Montana who treat mesothelioma, as well as several institutions that treat the disease, including:

The statute of limitations in Montana for mesothelioma injury suits and wrongful death suits is three years from the date of diagnosis. Montana has had so many mesothelioma and asbestos-related cases, that in 2017 the state set up a special court to deal with claims. However, since mesothelioma devastates the body so quickly, sufferers can be left with little time to seek compensation in court, so it’s important to start the process early.

The attorneys at Neblett, Beard & Arsenault are here to represent mesothelioma victims and their families from across the nation, and we would like to help you and your family pursue a fair recovery. We work with our mesothelioma clients on a contingency basis, so they don’t owe us anything unless we win the case in court or a settlement is reached. We can also help you with the Social Security disability benefits process.

To arrange a free consultation with one of our experienced mesothelioma attorneys today please contact us online or call us directly at 318.541.8188.