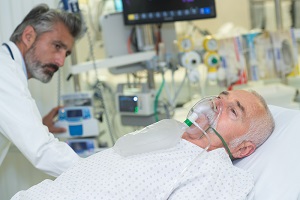 Although the federal government has regulated the use and disposal of asbestos since the 1970s, many patients are diagnosed with asbestos-related diseases every year due to past exposure. Workers who are exposed to asbestos in their teens or twenties may not show signs of malignant mesothelioma until after retirement, leaving them unsure when or where they the disease began.

In Massachusetts, over 15 people per million died as a result of malignant mesothelioma between 1999 and 2015, placing the state in the top-third of mesothelioma deaths in the country. Mesothelioma is common in workers across many occupations, but there is only one cause: asbestos. If you have been diagnosed with this condition, you should speak to an attorney with experience in the disease and the handling of asbestos lawsuits. Contact the mesothelioma attorneys at Neblett, Beard & Arsenault today or learn more about options in our free eBook, Mesothelioma and Your Legal Rights.

How Workers and Families Are Exposed to Asbestos in Massachusetts

According to the Centers for Disease Control and Prevention (CDC), 1,338 people died from mesothelioma and asbestosis between 1999 and 2013, making Massachusetts 13th in the United States for asbestos-related deaths during the period. While any person who has lived or worked in Massachusetts for over forty years could have been exposed to asbestos at work, employees in the following industries are especially at risk:

Historical and Future Cases of Mesothelioma in Massachusetts

While Massachusetts does have a state law capping the amount of non-economic damages at $500,000 in injury cases, exceptions may be made for mesothelioma cases, given that the disease often results in a significantly shortened lifespan.

Although it can take a year or more for a case to go to trial, the majority of asbestos lawsuits filed in Massachusetts are settled out of court. In a 2012 case, the family of a Massachusetts man who died at the age of 52 from asbestos-related cancer was settled for $5.6 million. However, a case that goes to trial may carry a higher settlement, as in the case of a former construction supervisor who developed mesothelioma while working at Turner & Newell. In 2014, a Boston jury agreed that the cancer was likely caused by an asbestos-containing spray insulation used at T&N, and awarded $9.3 million in compensatory and punitive damages to the man’s family.

Not only can companies be ordered to pay for the injuries they cause through asbestos use, they can also face heavy fines and penalties for failing to follow public health laws. When Patriot Environmental Corporation failed to pay permit fees on 24 projects involving asbestos in 2014, the Massachusetts Attorney General filed suit against the environmental contractors and issued a penalty of $50,000 for asbestos violations. The suit has also alleged that Patriot Environmental did not take adequate safety precautions when removing asbestos shingles from a Sturbridge residence.

Massachusetts patients enjoy access to some of the best mesothelioma treatment options in the country. While most of these specialized cancer centers are located in or near Boston, your former employer may be ordered to pay for the costs of your travel to a specialist as well as the costs of any medical treatment you may require. As mesothelioma may require surgery, radiation, chemotherapy, nursing care, or alternative medicine, it is worth speaking with an attorney to see how much compensation you may be owed.

The most highly-rated Massachusetts mesothelioma treatment centers include:

If you are struggling with a mesothelioma diagnosis, there is a way for you to get the legal help you need without taking on an additional financial burden. The asbestos attorneys at Neblett, Beard & Arsenault work on a contingency fee basis, which means you do not pay us anything unless we win you compensation for your illness. Simply contact us online or call us directly at 318.588.6303 to schedule a free consultation today.