Malignant mesothelioma is a rare, aggressive, and often fatal form of cancer that affects the mesothelioma: tissue lining the lungs, heart, testicles, and abdominal cavity. 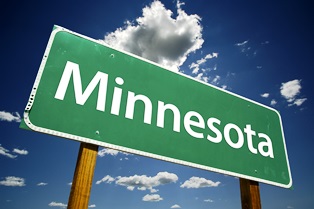 The primary cause of mesothelioma is exposure to silicate minerals known as asbestos, which were commonly used in commercial and industrial applications in Minnesota from the late 1950s to the early 1980s. The state also has natural asbestos deposits in its Eastern Mesabi and Aurora regions, as well as two former Superfund sites that underwent extensive cleanup due in part, to asbestos concerns.

An average of 73 people are diagnosed with mesothelioma in Minnesota each year, according to the Minnesota Department of Health; and 971 state residents died from the disease from 1999 to 2015. The northeastern region's historical reliance on industries known for asbestos exposure accounts for a mesothelioma incidence rate that's twice as high as Minnesota's other regions.

Being diagnosed with mesothelioma can be devastating, as patients are other given a poor prognosis. Fortunately, Minnesota has a wide variety of mesothelioma doctors, treatment centers—including the renowned Mayo Clinic—support groups and other helpful resources that mesothelioma patients can access. If you were diagnosed with malignant mesothelioma and believe the cause to be asbestos, you may be entitled to compensation, depending on the source and circumstances of the exposure. Here's what you need to know.

According to the Centers for Disease Control and Prevention (CDC), Minnesota ranks 14th in the nation for mesothelioma and asbestosis-related deaths, with an average mesothelioma fatality rate of approximately 11 people per million per year. In Minnesota, mesothelioma cases are heavily-concentrated in the state's northeastern region, which is known for mining and manufacturing. Three counties in the region—St. Louis, Carlton, and Dakota—had some of the highest mesothelioma death rates in the United States from 2000 to 2009, per a CDC list that ranked the nation's top 50 counties for mesothelioma deaths.

Minnesota Companies Known for Asbestos Use

The following companies admitted to using asbestos or have faced asbestos-related claims, complaints or lawsuits. People who worked at these companies may have been exposed to asbestos. Additionally, their family members may have also been exposed to harmful asbestos dust brought into homes on workers' shoes and clothing.

Statute of Limitations for Mesothelioma Cases in Minnesota

Mesothelioma has a long latency period. It's not unusual for people to be diagnosed with the illness 20–to–50 years after their initial exposure to asbestos. The statute of limitation is a law that defines how long mesothelioma patients have to file a personal injury lawsuit.

In Minnesota, potential plaintiffs must file their lawsuit within four years of receiving a mesothelioma diagnosis.

Minnesota is also home to the University of Minnesota's Masonic Cancer Center in Minneapolis. It's a leading mesothelioma treatment facility with some of the best doctors in the country, including Dr. Robert Kratzke, a medical oncologist who specializes in treating mesothelioma.

Mesothelioma patients may also be able to take advantage of cancer counseling and support groups available through their local health system.

A malignant mesothelioma diagnosis can be both shocking and confusing. Facing an uncertain future and with expensive medical needs on the horizon, it's important that mesothelioma patients understand their legal rights and options.

If you were diagnosed with mesothelioma after being exposed to asbestos by an employer or other party, you may be entitled to damages. The skilled mesothelioma attorneys with Neblett, Beard & Arsenault can help you fight for whatever compensation you're owed. Our firm works on a contingency fee basis, so you don't pay for our services unless we resolve the case in your favor. To learn more, please contact us online or call us directly at 318.588.6303 for a free consultation