Filing a Malpractice Claim for Misdiagnosis of Alzheimer's Disease

Alzheimer's disease is the most common type of dementia, but it's often misdiagnosed. Experts estimate that as many as 20% of patients are misdiagnosed, with symptoms either mistaken for normal aging or diagnosed as an unrelated condition. Since a misdiagnosis can cause a patient to suffer through unnecessary treatments or miss the opportunity for appropriate treatment of their condition, this may form the basis of a medical malpractice claim. 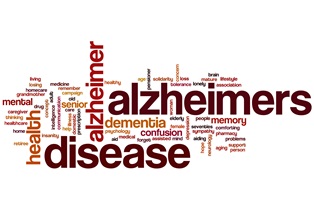 Alzheimer's disease is often difficult to diagnose. The condition typically develops gradually, with the earliest symptoms resembling those we associate with the natural aging process. For example:

As the disease progresses, patients may have difficulty reading and writing, trouble sleeping, hallucinations, and the inability to recognize dangerous situations.

Since Alzheimer's disease is most common in people over age 65, older adults are most at risk of having their symptoms mistaken for normal aging.

In addition to being mistaken for normal aging, Alzheimer's disease can be mistaken for a wide range of unrelated disorders. These include:

Younger patients and those with no family history of Alzheimer's disease are the most likely to have their condition misdiagnosed as an unrelated disorder.

There are three key factors that can help explain why Alzheimer's disease is so frequently misdiagnosed:

Misdiagnosis as a Form of Malpractice

It's important to note that obtaining the incorrect diagnosis isn't necessarily malpractice. Doctors are not infallible, and mistakes can be made without having them rise to the level of negligence.

To qualify as malpractice, the doctor's actions must have been inconsistent with what a medical professional in a similar specialty would do to diagnose a patient. Some examples of errors that might constitute malpractice include:

Expert testimony from other medical providers plays a crucial role in cases involving an Alzheimer's disease misdiagnosis. If another provider would have performed the same tests and made an incorrect diagnosis, the provider is not negligent. However, if the doctor's actions are inconsistent with the accepted standard of care, there is a valid claim against the doctor, hospital, and/or treatment center.

If you believe you have a valid medical malpractice claim related to the misdiagnosis of Alzheimer's disease, it's vital that you contact an experienced medical malpractice  attorney as soon as possible. You may be entitled to compensation for medical expenses, lost wages, and pain and suffering.

The experienced legal team at Neblett, Beard & Arsenault is dedicated to assisting Louisiana residents who've suffered harm due to a healthcare provider's negligence in obtaining the malpractice compensation they deserve. Contact us online or call us directly at 318.541.8188 to schedule a free, no-obligation consultation.