Commercial drivers operating semis, tank trucks, and other heavy vehicles can cause devastating injuries if they get behind the wheel when their judgment is impaired by drugs or alcohol. To help ensure public safety, there are strict rules in place regarding drug and alcohol use among commercial drivers. Those who are found guilty of a DUI face serious criminal penalties, and their employers can be found civilly liable for the harm they cause to others. 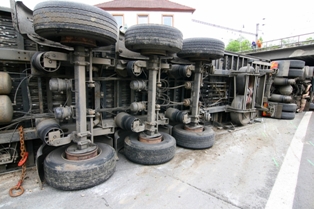 Truck drivers typically face a much stricter standard when it comes to the Blood Alcohol Concentration (BAC) limits for impaired driving, since the weight of their vehicles increases the force involved in a crash. Louisiana is one of the states that uses the Federal Motor Carrier Safety Administration (FMCSA) BAC regulations for commercial drivers and alcohol. A driver with a commercial driver’s license is considered legally impaired at 0.04 percent BAC. This is half the legal limit of 0.08 percent for drivers of passenger cars.

BAC is affected by your gender and weight, as well as the type of alcohol you are consuming. Women usually become intoxicated more quickly than men due to differences in hormone levels. Thinner people become intoxicated more quickly than heavier people because a higher percentage of body fat slows the metabolism of alcohol. One drink is considered 1.25 ounces of 80 proof liquor, 12 ounces of beer, or 5 ounces of table wine. However, most adult men and women would be over the legal limit for commercial drivers if they had two drinks within an hour of driving.

Due to the nature of their work, commercial drivers are required to submit to regular drug and alcohol tests. Screenings typically look for the presence of marijuana, amphetamines, opiates, cocaine, and phencyclidine (PCP), although many of the larger companies employing multiple commercial drivers have their own more extensive testing programs into addition to what is required by the Department of Transportation (DOT).

Tests can be conducted randomly, as well as when there is reasonable suspicion of impaired driving. Drivers may also be required to undergo testing to return to work after a drug and alcohol policy violation, with follow-up testing of at least six directly observed tests within a 12-month time period.

A truck driver who refuses to submit to a drug or alcohol test is treated as if he obtained a positive test result. Failing a drug or alcohol screening results in immediate removal from operating any commercial motor vehicle until the DOT's return-to-duty process has been completed.

Commercial drivers face the same criminal penalties for impaired driving as non-commercial drivers. However, a truck driver who is convicted of a DUI while operating his personal vehicle is still legally required to notify his employer of the charge.

Commercial drivers can't work with a suspended or revoked license, which significantly affects their earning potential. In many cases, a truck driver with a past DUI will find it difficult to secure employment.

Seeking Compensation After Being Injured by an Impaired Truck Driver

If you've been injured in an auto accident caused by an impaired truck driver, you're entitled to compensation for all accident-related expenses. These include:

In most cases, people who are injured by a truck driver who was driving under the influence of drugs or alcohol will receive payment for their personal injury claim from the insurance policy of the company that owned the vehicle. However, since the rules regarding personal injury settlements can be quite complex, seeking the assistance of a skilled attorney is crucial in maximizing your eligibility for compensation.