Exposure to Carbon Nanotubes May Cause Mesothelioma

Mesothelioma is most often associated with asbestos exposure, but this devastating disease may also be linked to exposure to carbon nanotubes. If you have been diagnosed with mesothelioma, it is vital that you protect your right to compensation by carefully considering all of the potential causes of your condition. 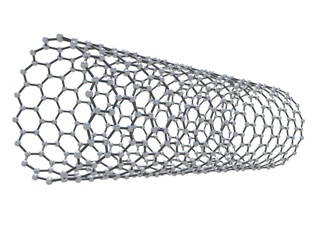 Carbon nanotubes were first discovered in 1991, opening up a wide range of applications in materials science. These tube-shaped materials are made of carbon and have a diameter as small as a few nanometers—a nanometer is a unit of measurement that is one-billionth of a meter or about 10,000 times smaller than a single human hair.

Carbon nanotubes are used in a variety of applications in manufacturing, construction, electronics, pharmaceuticals, and healthcare. For example, silicon coated carbon nanotubes have been added to Li-ion batteries to increase the battery capacity up to 10 times. Carbon nanotubes have also been used in sensors to detect oral cancer, in a gel to monitor the level of nitric oxide in the bloodstream, and in experimental breast cancer treatments.

Mesothelioma is a rare and lethal form of cancer affecting the mesothelium, a protective membrane covering most of the internal organs. Symptoms include shortness of breath, chest pain, fever, unusual swelling, and blood clotting abnormalities. Mesothelioma is a very aggressive disease, which means the five-year survival rate is less than 10 percent.

About 3,000 cases of mesothelioma are diagnosed in the United States each year. The vast majority of patients either worked with asbestos or lived in areas where asbestos exposure was very common. Mesothelioma does not normally occur until 20 to 50 years after asbestos exposure, which means it can be difficult to conclusively prove where a patient was exposed to the carcinogen.

How Carbon Nanotubes Contribute to Mesothelioma

Carbon nanotubes do not contain asbestos. However, they have a similar size, shape, and chemical makeup to asbestos fibers. Both asbestos and carbon nanotubes are considered to have high biopersistent qualities. This is often indicative of toxicity because a foreign substance can continue to cause internal damage if the body is unable to easily remove it in a timely manner.

Occasional exposure is unlikely to cause problems, but workers who regularly handle materials made with carbon nanotubes can have their long, thin fibers stuck in the lung tissue similar to how asbestos fibers enter the body.

There is little data on the safety of carbon nanotubes in humans, but research in animals appears to suggest that exposure can contribute to mesothelioma. A recent Japanese study looked at the effects of inhaled exposure on animals by spraying a solution containing multi-walled carbon nanotubes directly into the lungs of 38 rats. They found that 14 rats developed lung cancer and 6 developed mesothelioma. A similar study of 32 mice at the Medical Research Council Toxicology Unit in Leicester, UK found mesothelioma in up to 25 percent of the animals after carbon nanotube exposure.

How Neblett, Beard & Arsenault Can Help

Mesothelioma treatment can be very expensive. You may need surgery to remove tumors, chemotherapy, radiation, and extensive hospital stays. You may require home health care assistance and be unable to work because of your condition.

When your mesothelioma diagnosis is the result of exposure to carbon nanotubes through your work or another party's negligence, you may be able to file a civil claim for damages. The settlement you receive can help alleviate some of the financial burden associated with this devastating condition.

Neblett, Beard & Arsenault's legal team is dedicated to advocating for the rights of Louisiana residents who have suffered harm due to the negligence of others. Call today to schedule a free, no-obligation consultation.