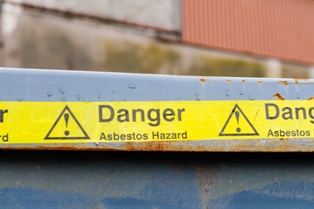 Although Hawaii has no known naturally occurring asbestos deposits and it’s ranked 42nd in the U.S. for mesothelioma and asbestosis deaths, the island state has a long history of asbestos use. The use of this mineral was so widespread, a Hawaiian State Department of Health Rep stated that residents are “living in and around it constantly.”

The Link Between Mesothelioma and Asbestos

A group of six of naturally occurring minerals, asbestos is heat resistant, strong and durable, and able to withstand many chemical breakdowns. It was once considered a magical mineral and used in thousands of consumer products, including ceiling tiles, cement, plastic, clothing, insulation, and paper. Because so many products were made with asbestos fibers, many work environments and occupations put employees at risk for exposure to what researchers would later discover to be a lethal material.

Employees who worked in and around asbestos or asbestos-containing products likely inhaled or ingested these deadly fibers and were at risk for developing mesothelioma. These employees also likely carried the fibers home on their clothes, shoes, and coats, exposing their family members to asbestos, as well. This type of secondary exposure was also toxic.

Once inside the body, these microscopic asbestos fibers can lodge themselves in the mesothelium—the tissue that surrounds some of the body’s organs. After years and even decades, the fibers will cause damage to the body’s cells.

Employees who worked in and around asbestos are at the highest risk for developing mesothelioma. Most asbestos exposure in Hawaii occurred in the following areas:

An enormous amount of asbestos was used on military bases across the country and in all military branches. Because the U.S. was involved in two World Wars as well as in Vietnam and Korea, asbestos use in the early and mid-1900s was especially high. Asbestos was an excellent insulator, strong and durable, fire resistant, inexpensive, and stable to work with. Military bases needed this fiber for construction, and workers there used asbestos-containing materials in barracks, vehicles, and weapons. Even some of the workers’ protective clothing was made of asbestos. Every U.S. military base exposed its service personnel to dangerous levels of airborne asbestos fibers, and over 30 percent of those diagnosed with mesothelioma each year are American veterans.

Pearl Harbor, one of America’s most famous Naval bases, is known to have exposed over 10,000 people to asbestos there. The Environmental Protection Agency (EPA) designated it as a Superfund Site—a polluted area cited by the U.S. Federal Government that requires long-term cleanup due to contaminated wastes that are known health and environmental risks. Pearl Harbor contains toxic chemicals and asbestos, and the army barracks, the Pearl Harbor Complex, and many buildings in the shipyard are of specific concern.

After 2001, asbestos was found in over 10 Hawaiian schools, the majority on Oahu. These schools became the target of abatement projects to ensure that the staff, faculty, and students remained safe. Some students from King Intermediate School had to be relocated when asbestos was discovered in two of its classrooms. And because other buildings on that school campus were found to contain asbestos, the school closed for a three-day emergency abatement project. There is now an asbestos management plan for every school across Hawaii.

With a state that is a chain of islands, shipping is and has been an important industry. Over 80 percent of Hawaii’s consumer products are imported through Honolulu Harbor, and over 200,000 cruise ships stop there every year. A shipyard in Honolulu, Pacific Marine & Supply, assisted the U.S. Navy by providing shipbuilding and repair services in 1944. After the war, this shipyard continued to provide services for the military. Many employees who worked at this shipyard were exposed to many types of asbestos.

Hawaii is famous for its sugar plantations—an industry known for exposing its workers to asbestos. Because asbestos was used in machinery needed for planting, harvesting, and processing crops, there are many companies whose employees developed mesothelioma. These companies include Hutchinson Sugar Plantation Company, Paauhau Sugar Plantation Company, and Hilo Sugar Company. Other companies that exposed workers to asbestos include the Hawaiian Pineapple Company and Dole Company.

There is a two-year statute of limitations in Hawaii for filing an asbestos claim or lawsuit. For victims to receive financial compensation for asbestos exposure, they must prove that the exposure resulted in some type of functional impairment. It’s not enough to show that you were exposed, and it’s not enough to connect exposure with exhaustion or a breathing problem. A doctor must diagnose your condition and provide proof that the exposure has caused you true physical damage.

There are two significant Hawaiian lawsuits for asbestos exposure to note. The first was in 1990, when a jury awarded over $5 million to Kenneth Cain who worked as an insulator helper for National Petro from 1954 - 1962. His job responsibilities exposed him to a brand of asbestos insulation called Kaylo, manufactured by Owens-Illinois, Inc. and distributed by Owens-Corning Fiberglass Corporation. Cain worked with insulation for most of his career and developed mesothelioma in 1989. All the defendants in the case settled out of court except for Owens-Illinois and Owens-Corning. These two companies filed an appeal to reverse Cain’s significant financial award, but the verdict was upheld in the U.S. Court of Appeals.

A second lawsuit was filed by the daughter and several family members on behalf of Manuel Carvalho. After exposure to asbestos dust and fibers as a 30-year employee of the Pearl Harbor Naval Shipyard, Carvalho died of asbestosis and asbestos-related lung cancer in 1978. The Carvalho family filed its claim against 27 manufacturers and distributors of asbestos-containing products. The jury awarded the family over $200,000 in compensatory damages against 12 of the manufacturers and $500,000 in punitive damages against Raymark Industries.

If you’ve been diagnosed with mesothelioma in Hawaii, it’s very likely that you were exposed to asbestos while working. Because you have a two-year timeframe from the time of your diagnosis and the time you can file a legal claim, it’s important that you meet with a skilled, experienced attorney who understands how to fight for the rights of victims suffering from mesothelioma and asbestos-related cancers.

Our mesothelioma attorneys will discuss your case and obtain the highest amount of compensation you deserve. We handle these cases throughout the country on a contingency fee basis—which means that you owe no out-of-pocket expenses and only owe attorney fees when we settle your claim. To learn more about our experience in these cases and your legal options contact us online or call our office directly at 318.541.8188 to schedule a free, no-obligation consultation.