Your Risk of Mesothelioma After Asbestos Exposure in Georgia

Mesothelioma is a rapidly-moving, aggressive cancer that most often develops in the tissue that surrounds vital organs called the mesothelium. The organs most affected by this disease are the lungs, heart, and stomach. The only known cause of mesothelioma is exposure to asbestos. If you lived or worked in Georgia, it’s possible that you’ve been exposed to asbestos on the job or through the environment.

Asbestos is a group of six naturally occurring minerals. These minerals are strong, heat resistant, and due to their durability, have been used by many U.S. industries to create thousands of consumer goods. These products included paper, floor tiling, insulation, roofing shingles, and joint compounds, and adhesives.

People who worked in manufacturing plants that made products with asbestos, used tools and equipment that contained asbestos, or worked in environments where asbestos-containing building materials were used often breathed in these particles or swallowed them. When workers ingested or inhaled these fibers, some would travel into the lungs or the digestive 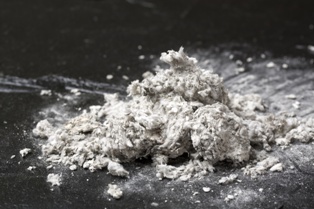 tract and get trapped.

In early 1930, the U.S. diagnosed its first case of asbestosis, establishing the link between asbestos and lung cancer. In 1943, a German study reported the first mesothelioma-like tumor. But it wasn’t until 1971 that the Occupational Safety and Health Administration (OSHA) began regulating the amount of asbestos workers could be exposed to. Now, the Environmental Protection Agency (EPA) regulates asbestos by establishing requirements for demolishing and renovating buildings made of materials that contain asbestos.

But despite these regulations, thousands of people die every year from mesothelioma. According to the Centers for Diseases Control and Prevention (CDC), there were over 45,000 mesothelioma deaths between 1999 and 2015.

Asbestos Exposure and Mesothelioma in Georgia

Georgia began mining asbestos in 1894. The Sall Mountain Asbestos Company was the first recorded company in the U.S. to mine asbestos commercially. The U.S. Geological Survey found over 50 sites in George that contain asbestos, including former mines and prospects. Almost all of Georgia’s natural asbestos develops along the Appalachian Mountains, with North Georgia containing 17 former asbestos mines and 26 historic prospects. Most of the deposits are located in Rabun and White counties. There are other regions along the Appalachians where asbestos deposits occur, including Soapstone Ridge in the Piedmont region.

Although there are many naturally occurring deposits of asbestos in Georgia, the risk of asbestos-related deaths occurs more often in work areas where buildings with asbestos-containing materials were used.

Because asbestos is heat resistant, it makes a great insulator, and many buildings and facilities in Georgia were constructed using this mineral. There are documented cases of asbestos exposure in some of Georgia’s federal buildings, including Atlanta’s CDC and many of its military bases. These include:

Additionally, Georgia’s manufacturing industry is also known for exposing its workers to asbestos. In 1989, the CDC found that employees of Atlanta’s Keebler Company may have inhaled fibers from a plant oven, and other textile and paper product companies exposed workers through old, asbestos-containing equipment and machinery.

Here are other Georgia jobsites and buildings known to have exposed workers to asbestos:

There are several counties in Georgia that have the highest incidences of mesothelioma. These include Cobb, Fulton, DeKalb, and Gwinnett counties. Between 1999 and 2008, approximately 27 residents in Fulton were diagnosed with mesothelioma and could track their asbestos exposure to Atlanta’s pulp and paper company, Georgia-Pacific. This resulted in many lawsuits against the company. Since the 1980s, the company has had to defend almost 300,000 asbestos claims, and Georgia-Pacific created a fund of over $600 million to pay for these claims through 2012.

If you have symptoms of mesothelioma or have been diagnosed with this disease, it’s important to find skilled, experienced healthcare professionals to work with you to combat this deadly cancer. Here are some treatment centers in Georgia that may be able to help:

Litigation for Asbestos Exposure in Georgia

Due to the increasing number of asbestos claims in Georgia, there have been changes to asbestos litigation for claimants. In 2005, the Georgia Supreme Court required a “higher standard of proof” claimants much meet before they can receive compensation. Georgia claimants must prove that their asbestos exposure was the only cause of their asbestos-related disease. This is called a “substantial contributing factor,” and it means that a victim must prove his exposure happened “in close proximity” on a regular basis and over a long period of time. Almost immediately, there was a drop in the number of lawsuits because the new law made it harder for victims to recover for damages.

Following this change, additional provisions were made to the law in 2007:

If you worked in Georgia and have been diagnosed with mesothelioma or a family member has died from this disease, contact Neblett, Beard & Arsenault. Our mesothelioma attorneys will discuss your legal options and are committed to getting you the compensation you deserve. Contact us online or call our office directly at 318.541.8188.